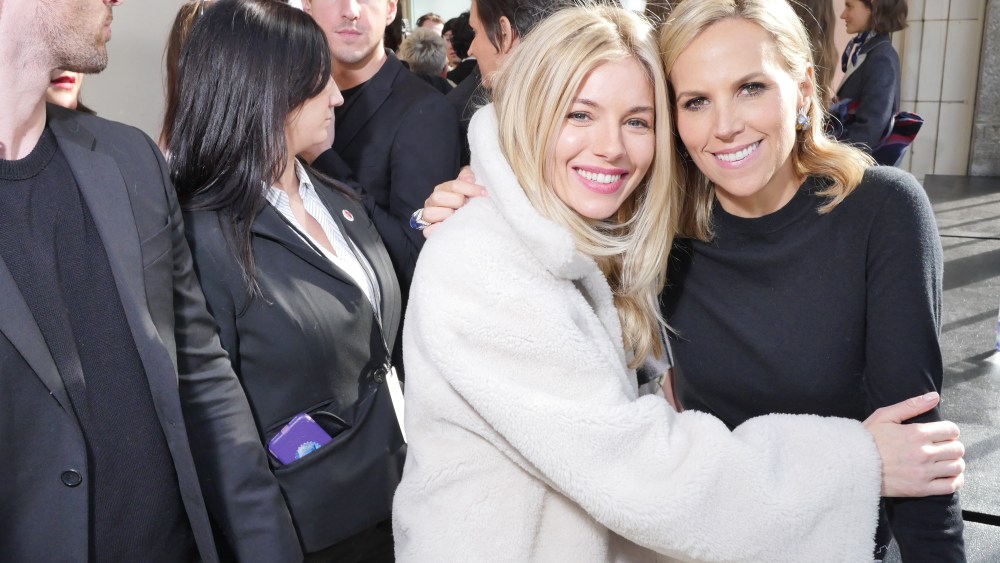 PINK PARADISE: Tory Burch filled a former Food Emporium with 15,000 pink carnations and live music from a 25-piece orchestra (Chamber Orchestra of New York) to usher in her fall collection. Front row guests included Julianne Moore and Sienna Miller, who may have been glad to be at the show on a cold morning, but who knows? They weren’t doing any interviews. Liya Kebede was talking, however, and said she was there to support Burch. “She’s an incredible human,” said Kebede. She said she’s been busy working on her own collection, Lemlem, which is expanding its distribution (she sells Net-a-porter, Barneys New York and Shopbop), adding a men’s capsule and bringing back kids. Asked if she’d ever do a fashion show, she looked around the flower-festooned room and said, “No, we’re small.”

Chinese actress Liu Shishi was also seated in the front row and said she has worked with the brand before and has a “good friendship” with Burch, which is the only show she’ll be attending this week. Other front row guests included Zoey Deutch, ballerina Violetta Komyshan, Elaine Welteroth and Maggie Q.

And if you’re wondering what will become of all the pink carnations, WWD learned that they were all to be given to the crew, team and members of the staff following the show.