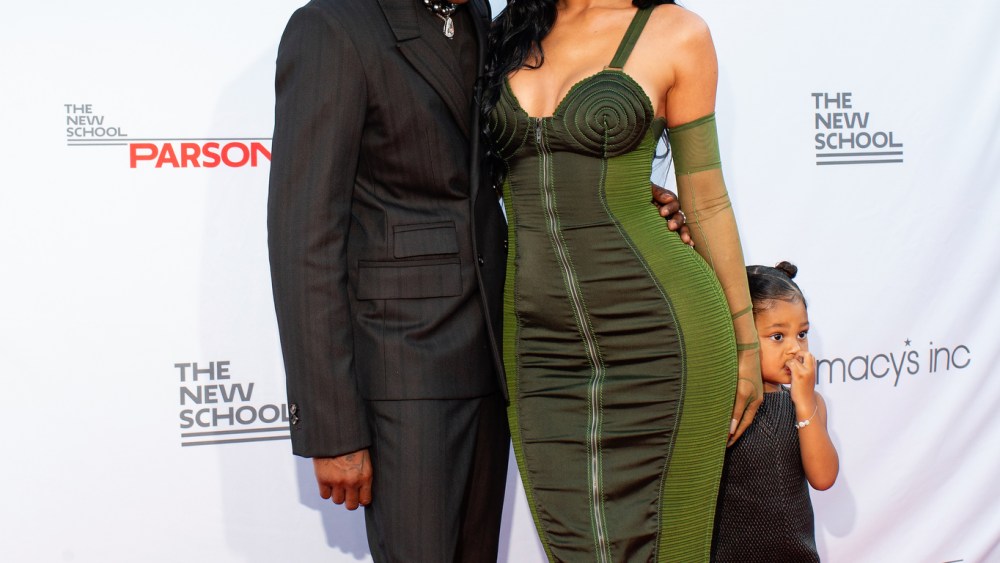 PAY IT FORWARD: Had Parsons given a most-appreciative award at its annual benefit Tuesday night, Travis Scott would have won hands-down.

Bounding across the stage and pumping his fists en route to the podium to accept his award, Scott thanked Parsons and “God for getting him to this point in life — that was kind of hard.” In addition to supporting high schoolers in his hometown of Houston, the performer created the Cactus Jack Foundation to help future generations, and the organization has developed a fashion design program with Parsons that will be unrolled in Houston.

The 30-year-old attended Tuesday’s gala with Kylie Jenner and their daughter, Stormi. Next week, the musician is expected to reveal some major news about a fashion venture and another one tied to his Cacti seltzer. With an estimated net worth of $50 million, he has previously collaborated with Dior, Nike, Helmut Lang and others.

After thanking a tableful of friends, Scott said his design ethos is grounded in “trying to keep everything youthful” and in check with “everything he probably felt between the ages of 10 and 12.” The objective is to never lose that feeling no matter where he gets in life, and should that feeling go away, “Walk away very fast,” Scott said. “The important thing to remember is that the kids rule the world. They’re never going to stop ruling the world. The more that we acknowledge that, the more peace we can probably find. And connectivity we can find with everyone.”

Trying “to sneak everyone through the back doors of life” and “give opportunity to rage accordingly,” Scott said while that may seem a little overwhelming at times, it comes from good faith and good love. “To every young kid who is out there, probably in the crib, having that weird frustration that you’re either too young or don’t have the means to do what you gotta do, there’s going to be a point in life just take full advantage of it,” he said. “In today’s society, you don’t have to wait for anyone to do anything. You have everything right in your hands. I just think go hard with that.”

Afterwards, Scott spoke with WWD about the importance of giving back. “It’s super important to me because giving back is the way you can initiate another opportunity for somebody to take that step forward for something they want to do. Even with the things that I’m doing with Parsons and the school in Houston, there aren’t a lot of creative opportunities out of Houston. People, who have the same aspirations in design, to create stages, do music or any sort of creative pursuit, need the opportunity to do it. This is just a stepping stone to inspire somebody else at a university to do the same thing. Just [by] linking up the communities, we can all move forward in building a super utopian state.”

As for why the musician started to give back early on, he said, “All the ideas are fresh when you’re young. If you have the opportunity to do it now, why wait until you’re older? That’s just years of other people’s lives that you could be changing. I’m from such a small place. To find my place, where I am now, how did I do it? I knew if I was able to help the next person, man, I would love to do it.”

Scott, who was wearing Bottega Veneta, credited his friends for playing pivotal roles in his life including artist Dozie Kanu, who was on hand. Speaking of the art in his videos, Scott said, “It’s all a trifecta. There are all different ways of inspiration and connectivity that draw me in. It’s kind of an informal thing.”

Parsons’ gala wasn’t Scott’s only stop for the night. Afterward, he was off to Madison Square Garden to catch what was left of the New York Nets-Atlanta Hawks showdown.