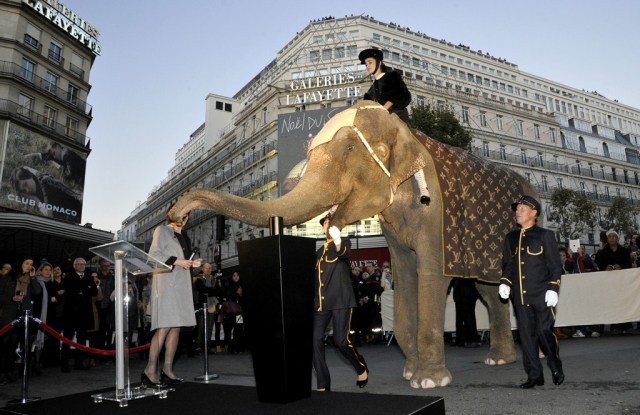 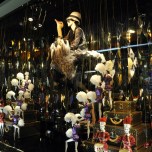 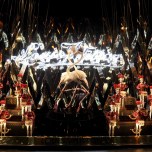 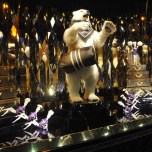 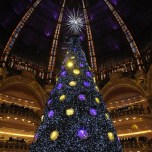 TRUNK SHOW: There was more than one kind of trunk on display in Paris Tuesday night as Galeries Lafayette inaugurated its holiday windows, designed in collaboration with Louis Vuitton. Model Loulou Robert arrived astride an elephant named Dumba, who didn’t so much press the buzzer as lift it out of its socket to switch on the department store’s Christmas lights.

Officials including Galeries Lafayette chief executive officer Philippe Houzé and Roberto Eggs, president for North Europe at Louis Vuitton, then unveiled the windows on the theme “The Ball of the Century,” to mark the centenary of the store’s stained glass dome. The window displays feature a menagerie of exotic animals flocking around leather goods and ready-to-wear, along with vintage luggage to chart Vuitton’s 158 years of history. Presumably the elephant worked for more than peanuts.