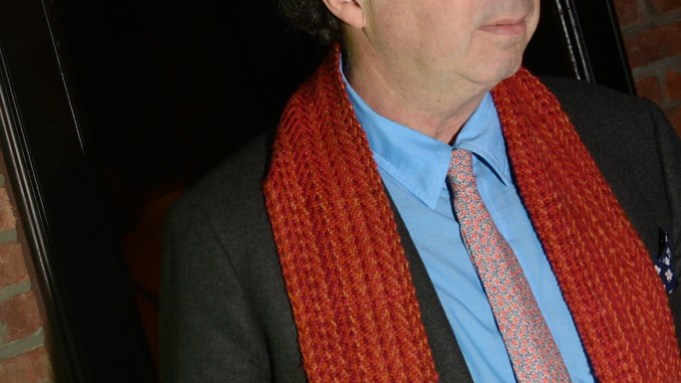 David Blaine has been buried alive, electrocuted and frozen in ice, but on Sunday evening, the magician attempted a new stunt: saving endangered turtles. Blaine, along with Eric Goode, Julian Sands and a no-show Christy Turlington, acted as cohosts for the second annual Turtle Ball, held at Manhattan’s Bowery Hotel. The event is the brainchild of Goode and benefits his nonprofit charity, the Turtle Conservancy, founded in 2005 to protect the most endangered turtles and tortoises and their habitats worldwide.

Goode, a famed hotelier who founded Eighties hot spot Area, used his downtown connections to draw in a packed room. Guests including Harvey Keitel, Julian and Stella Schnabel, Arden Wohl, Scott Lipps and Mario Sorrenti mingled while bidding in a silent auction that saw donated artwork by the likes of David LaChapelle, Laurie Simmons, Nan Goldin and Sante D’Orazio up for grabs.

Bruce Willis and Demi Moore’s middle offspring, Scout Willis, set off a frenzy of flashbulbs while “Top Chef” host Padma Lakshmi snuck by, bedecked in vintage John Galliano and Fred Leighton jewels. The former model explained that the food-centric reality show is currently on hiatus. “I eat better [when not filming,]” Lakshmi explained. “When I’m not on the show I try to eat as healthily as possible. At home, we have a pretty much plant-based diet.”

At the chime of the dinner bell, guests filed in for a decidedly nonplant-based first course of Italian meats and cheeses. Each table carefully rationed the allotted portions over the extended introduction, which included speeches by Goode and Sands, an informational video and live auction. Unable to hold out for the main course of mushroom tortellini in truffle butter, Audrey Gelman snuck out the back entrance in a blur of black-and-white Saint Laurent. How’s that for a disappearing act?