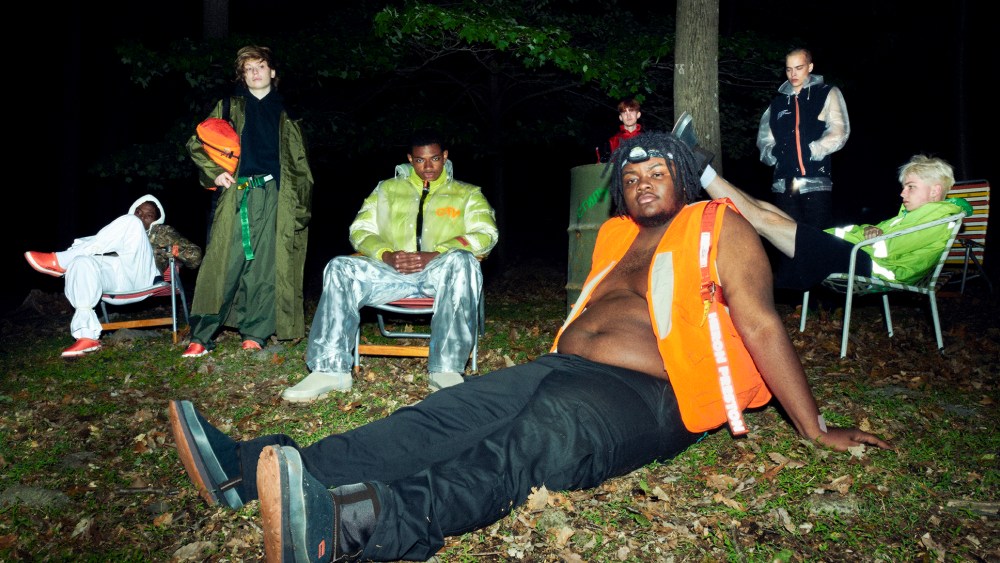 The long-awaited Ugg x Heron Preston collaboration has finally arrived, launching at the end of September.

The collection, which debuted in January at the Heron Preston fall 2019 show in Paris, includes two styles for men and women — the Tasman HP slipper and Classic Mini Urban Tech HP — in black, green and orange and feature fluorescent yellow pull tabs and translucent rubber outsoles. The Tasman slipper will retail for $400 exclusively at Ugg stores and the Ugg web site, and the Classic Mini Urban Tech HP will be available for $450 at select Ugg stores, the Ugg and Heron Preston web sites and additional wholesale accounts.

The relationship between Ugg and Preston went public at Coachella in April 2018, where 75 pairs of the Ugg Classic II Mini boots designed by Preston were given to the designer’s close friends. Preston also appeared in the Ugg: 40 Years campaign last October with Adwoa Aboah, Luka Sabbat and Lil Miquela.

“Heron Preston continues to grow each season, devoting himself to everything he does. You can see in all his designs that he is not afraid to take risks, and that quality is very important to us as at Ugg,” said Andrea O’Donnell, president of fashion lifestyle at Deckers Brands, parent of Ugg.

O’Donnell added that “collaborating with Heron has allowed us to remain focused on our iconic classic styles,” which he reworked for his TSA-inspired runway show in Paris, called “Night Shift,” in January.

“Our two styles will be slightly higher in price than our core collection, but it was important to us to keep the collection accessible,” said O’Donnell. “We’ve been so fortunate to have had great partners over the years, and we are constantly looking ahead for strategic partners to shine a different light on the brand and grow with our customers.”

The partnership between the two is supported by a global campaign shot by Alexandre Hertoghe at a woodsy New Jersey estate. The designer’s ready-to-wear collection is paired with the dual-gender collection of footwear for what could be a rowdy kickback or chill escape from reality.