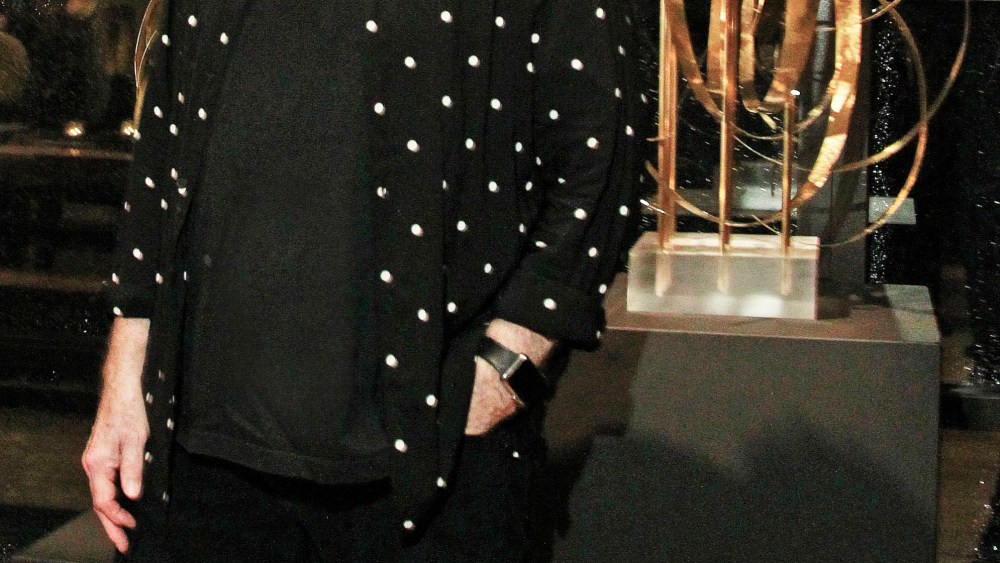 Having worked hand in hand with Robert Lee Morris for years on jewelry with her own brands, Donna Karan always knew that she wanted to do something special for the artist within her Urban Zen space. “This reminds me of everything we’ve done together and now he’s taking it into another dimension and I see even more reasons to do it together,” she expressed.

Karan’s whole idea of Urban Zen is, “past, present and future” (through preserving culture and future education); she celebrated the works of Lee Morris’ as such through an intimate gathering of his latest sculptural works, displayed within the  Greenwich space among photographs by Jimmy Nelson, sculptures by Karan’s late husband Stephan Weiss, and handmade accessories, home decor, textiles, clothing and more from artisans around the world.

“This is an official launch of the latest sculpture collection,” Lee Morris proclaimed. ”I’ve been making them and making them and making them and they piled up, so I had no more room in my studio. I happened to come to a birthday party for Stan Herman here [at Urban Zen] and Donna said, “What have you been doing?” and I showed her the pictures and she went, ‘I want them here, immediately.’ So from that point, which was only about two months ago, we scrambled to get all this together.

While sculpture is something Lee Morris has always done, it was never a major focus until the last year or two.

“Now I consider myself a sculptor,” he stated, “I’ve been a jewelry designer, but my main focus now is sculpting. It’s not wearable stuff, but things that look like they have the jewelry touch somehow.there’s a sensitivity, a fragility.”

In the past, Lee Morris had shown, and sold, larger sculptural works in Donna Karan’s Madison Avenue store, as well as in some galleries, but he saw more movement with his smaller brass works with home decor appeal. The sculptor explained that each piece takes about two days, or “one very furious day,” where he cuts and hammers until his hands can no longer hold the works-in-progress. Each piece, from the more affordable “sails” or larger “artichoke fire” pieces indeed hold the appeal and allure of his work in jewelry.

A range of his productions was shown Tuesday night and will be available for purchase throughout Urban Zen’s upcoming Holiday Marketplace — smaller “sails” sculptures and a small assortment of jewelry starting individually for $350 to $5,000 and ranging up to $12,500. Works that are perfect for the holidays and Christmas lists, according to Lee Morris. “I would really love it if someone would give me a sculpture like this. (So one-of-a-kind.) Especially if it’s someone you already own and appreciate their work.”