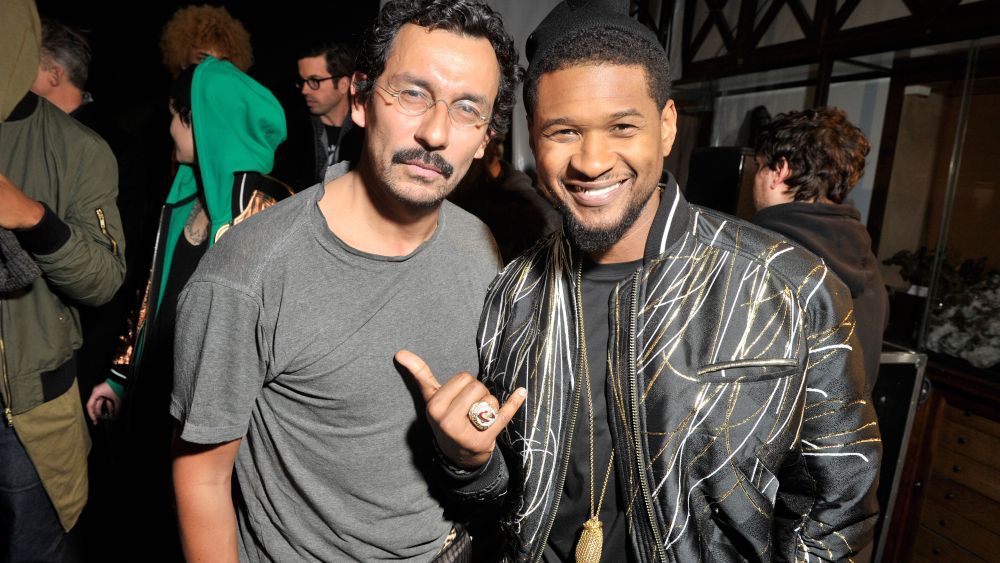 SUITING UP: Usher is looking to forge closer ties with the fashion industry during his visit to the Paris men’s shows. The R&B singer caught the Louis Vuitton show on Thursday and the night before took in the Haider Ackermann display.

“I’m just kind of out here looking for the right partnerships,” he said after congratulating Ackermann.

“Obviously I’ve worn his clothes, but there’s a few things that I want to work on with him possibly, and I wanted to be here not only to support his show today, but also to kind of introduce the idea of us doing some suits or something together,” he added.

Asked if he was hoping to collaborate with the designer’s own label or Berluti, for which Ackermann will show his debut collection this season, the “OMG” singer said: “Both.” In which capacity remained unclear.

Is Usher hoping to add designer to his résumé? “I mean, I can’t say that, but I would definitely say that I like collaborating,” he teased.