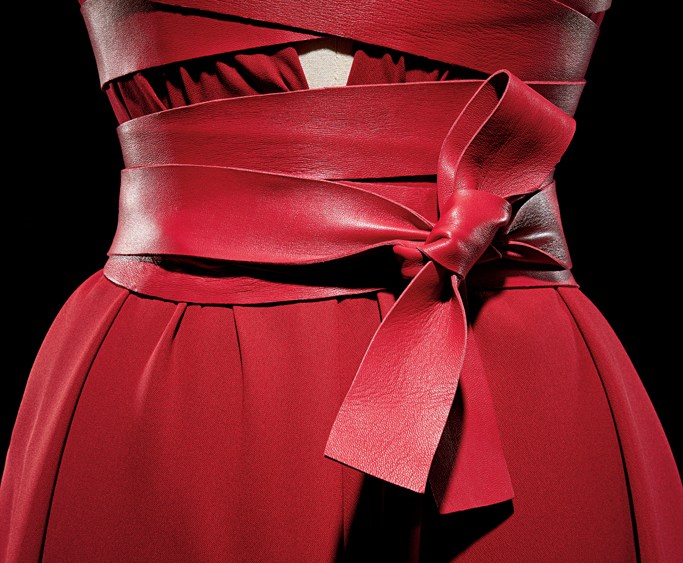 WHEN IN ROME: “We cannot imagine a world without Rome as much as we cannot imagine a Rome without Valentino,” the brand’s creative directors Maria Grazia Chiuri and Pierpaolo Piccioli write in “Valentino: Mirabilia Romae,” or “Marvels of Rome” in English, a new book looking into what drives the duo in their creative process.

The 400-page Assouline tome boasts some 300 illustrations, including new and exclusive photography by Laziz Hamani.

It is peppered with lavish shoots depicting the brand’s couture and ready-to-wear collections against the backdrop of those places that inspire Valentino’s creative duo. There are close-ups of the house’s craft and examples of Chiuri and Piccioli’s cerebral approach, expressed through astute aphorisms and quotations by Johann Wolfgang von Goethe and Sigmund Freud, among others.

“We feel that living and working in Roma is so influential to our job. When you are surrounded with such a beautiful city, it’s very powerful; it’s like being in a museum every day, and so you absorb and deliver it in new ways,” Pierpaolo Piccioli enthused at a book signing at Paris concept store Colette on Wednesday, lauding the city for its unique versatility. “Roma is not just one thing. It’s a pagan city that became catholic and religious, it was imperial but at the same time it has something from ‘La Dolce Vita’ of Pasolini. Everything is there in a very special balance: paganism, Catholicism, imperial Roma, the baroque and the cinema and the very low Roma, and all that in an effortless way. Roma is effortless beauty.”

Being a native, Piccioli says he never stops in discovering newness, citing the casino of the Villa Medici as one of his favorite spots, which are also featured in the book.

“The little casino is the place where Ferdinando de Medici used to see [his mistress] Clelia Farnese in the 16th century. It’s quite unknown, but it’s a place full of flowers and frescos, and you feel the mystery and the magic of love there,” he explained, adding: “Only if you really know your past you can break the rules and go forward. That’s what the book is about.”

The hardcover tome, curated by Francesco Bonami, retails for $250.