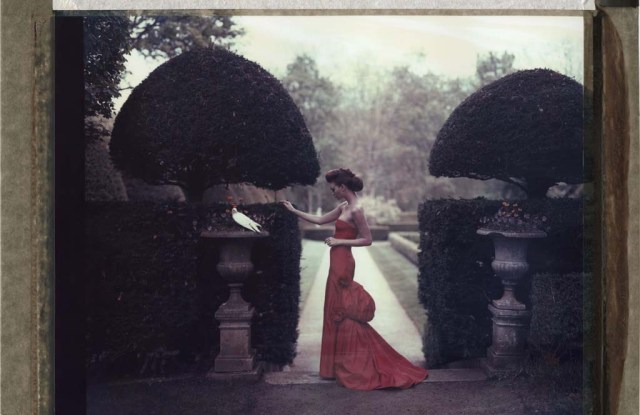 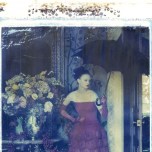 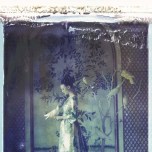 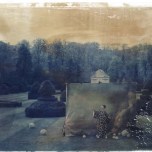 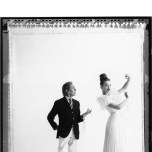 Naundorf, a former disciple of Horst P. Horst, recently staged a one-night-only exhibition in Paris of her glamorous couture images, some of which have never been shown or published before.

Among them were about 15 shots, all part of one-week photo session in 2012 at Valentino Garavani’s 17th-century castle in Wideville near Paris. The retired couturier granted Naundorf not only access to his private rooms, but also his archives, from which the photographer picked 15 styles, including the first dress ever designed by Valentino, a red cocktail number from 1959.

With a magical garden, stuffed birds and a hand-painted sky as backdrop, the images are a lavish example of Naundorf’s love affair with large format Polaroids. “I’m obsessed with them,” she confessed. “They are so painterly.”

Naundorf never alters her couture shots. “We don’t change the color or make an arm longer. It is what it is.  We live in this perfect digital world, but I want my work to look human and have a soul,” she explained as she signed a stack of her 180-page tome “Haute Couture — The Polaroids of Cathleen Naundorf,” which reportedly sold out within three months, but is still available via her studio.

The Paris-based photographer is working on a new book, due for release in 2015. The exhibition, meanwhile, will travel to Hamiltons Gallery in London next year.