Macy’s continues to up the fashion quotient in its Impulse contemporary department with a new designer collaboration with Giambattista Valli. 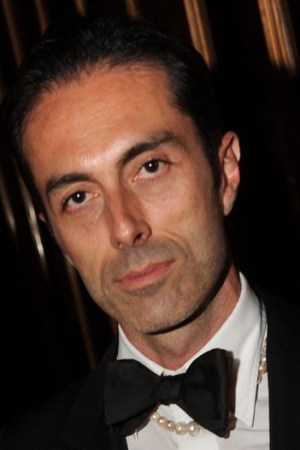 VALLI OF THE MALLS: Macy’s continues to up the fashion quotient in its Impulse contemporary department with a new designer collaboration with Giambattista Valli, according to sources. The one-off collection is part of a four-designer initiative to bring more fashion excitement and younger customers to the Impulse department, which sells brands like BCBG Max Azria, Free People and Kensie, said sources.

Valli’s collection is slated to be in stores in November, following on the heels of Karl Lagerfeld’s designs for Impulse, which will be at 250 Macy’s stores and on Macys.com in September. The program kicked off with two British designers, Kinder Aggugini in February followed by Matthew Williamson in April. As for Valli’s involvement, a representative for Macy’s said, “We have not announced the next designer and do not comment on speculation.”

NEW NAME: Park & Bond — that’s the name Gilt Groupe Inc. has settled upon for its full-price men’s site, launching in late summer. The name is designed to evoke images of “two of Manhattan’s most stylish streets,” Park Avenue and Bond Street, according to John Auerbach, general manager of Gilt Man and president of Park & Bond. The site, which will have a dedicated Web address, will offer about 80 brands at its launch in categories ranging from apparel and accessories to lifestyle products including personal care items, limited edition books and watches. Among the initial offerings will be Alexander McQueen, Isaia, Etro, Paul Smith, N. Hoolywood, APC, Neil Barrett, Thomas Pink, Todd Snyder, Vince, Theory, Common Projects, Brooks Brothers and Florsheim by Duckie Brown. Unlike the Gilt Man flash-sale model, merchandise on Park & Bond will be available throughout the season.

BASS INSTINCTS: Tommy Hilfiger has put his twist on that most preppy of shoes, the penny loafer by G.H. Bass & Co., in a limited edition collection available at Colette in Paris until June 25. The moccasin comes in burgundy, bottle green, ocher and midnight blue, with soles featuring a blue and white polka dot pattern inspired by the Paris store. Each pair is sold in a bag designed by Olympia Le-Tan, and customers can get their penny engraved with their initials on Fridays and Saturdays.

GUCCI’S SONG AND DANCE: Frida Giannini’s fascination with British singer Florence Welch has gone from the catwalk to the stage. The muse of Gucci’s fall winter collection, Welch will now don Giannini’s creations for the upcoming Florence and the Machine U.S. tour, which kicks off today in Manchester, N.H., and winds down on July 6 in Milwaukee. The tour will hit 17 cities and, in between, the band will perform as the opening act for U2. Welch will rock the house in va-va-voom pieces with a Seventies-meets-Forties vibe that will include airy silk chiffon and organdy column dresses, silk culottes, pant-skirts, transparencies and conspicuous floral applications.

“When Florence first came onto the scene, I was captivated by her eccentric style and her willingness to dare. I felt there was such an authentic energy to her sound and her look,” said Giannini, who blasted the band’s Hurricane Drunk hit during the fall show. For her part, Welch said she was “extremely flattered” to learn that she was inspirational to Giannini. “I was completely bowled over by her collection, the dresses seemed perfect for my shows — the colors, the shapes, the movement in the fabric,” said Welch.

ROCK CANDY: For the opening night of the Levi’s-sponsored Jalouse Rocks Party Festival in Paris on Wednesday night, Lou Lesage took to the stage at André’s hip Paris bistro La Fidélité to entertain a boisterous crowd that included Lou Doillon, Olympia Le-Tan and Olivier Zahm. Gap-toothed model Ashley Smith said she’s just formed a girl band called the Chocolate Bunnies, in which she plays electric guitar. “It’s pretty much my dream, I’ve been playing since I was 12,” she enthused. Daphne Guinness’ niece, Lady Mary Charteris, who said she was down to DJ at the festival, said she plans to launch a swimwear line, and hopes to open a store in London’s Soho district. “It will be very colorful with candy prints,” she said, adding she plans to take a design course at the London College of Fashion this summer. Illustrator Cedric Rivrain said he’s working on a book of drawings due to launch in September at hip boutique Colette. The work will feature magazine pieces he did in collaboration with brands including Balenciaga and Prada, as well portraits of the likes of Le-Tan and Natacha Ramsay made using Band-aids. He’s also working on a T-shirt line for Opening Ceremony. Meanwhile, Japan-based creative consultant Tiffany Godoy said she’s working with real estate developer Central Group on the branding of a new luxury men’s floor in Hong Kong shopping mall The Landmark.

ART WORK: Exploring Christian Dior’s arty connections is a new exhibition at Les Rhumbs, the late designer’s childhood home in Granville which is now a museum. “Dior, the Artists’ Ball” gathers archival Dior creations as well as pieces by the likes of Elsa Schiaparelli and Paul Poiret. Numerous illustrations, photos and memorabilia from artists including Cecil Beaton, Christian Bérard, Raoul Dufy and Giorgio de Chirico are also on display in the exhibition, which explores the influence of art on Dior’s designs. Dior named a number of his frocks after artists, like Dali or Braque. The show runs until Sept. 25.

THE ART OF LONDON: Vladimir Restoin Roitfeld and Andy Valmorbida gathered a fashionable crowd to toast their exhibition of Los Angeles-based artist Retna’s works in London Wednesday night. Lily Donaldson, Maia Norman, Stephen Jones, Margo Stilley, Jo and Tyrone Wood and Caroline Sieber all turned out to take in the works at The Old Dairy galleries, along with Restoin Roitfeld’s sister, Julia. However, while she might be well versed in the visual world, Restoin Roitfeld said she doesn’t try to influence her brother’s endeavors. “It’s his own thing, I just come and enjoy it,” she said, casting her eye over the bold works, which were painted with a collage of different scripts. “I wish I could understand them — it’s meant to be a code,” she said.

Restoin Roitfeld and Valmorbida have previously showed Retna’s works in New York, and will next take them to Hong Kong.

Meanwhile, Norman said she’s busy working on her next Mother of Pearl ready to wear collection, for which she’s going to collaborate with the artist Fiona Banner.

And a similarly artsy affair had gone down in London Tuesday evening, when German artist Marcel Odenbach had a soiree at north London’s Freud Museum, which was once Sigmund Freud’s home. Odenbach’s works draw inspiration from Freud, and his main piece — a giant collage of Freud’s couch made from small hand-dyed historical photo cutouts — was displayed just meters from the real thing in Freud’s consulting room. Freud’s great grand-daughter Bella was one of the guests at private view. “As I get older I get more and more fascinated by this place and all it’s peculiarities,” she mused. Freud was joined on the evening by Odenbach, designer Kinder Aggugini and author Justine Picardie.