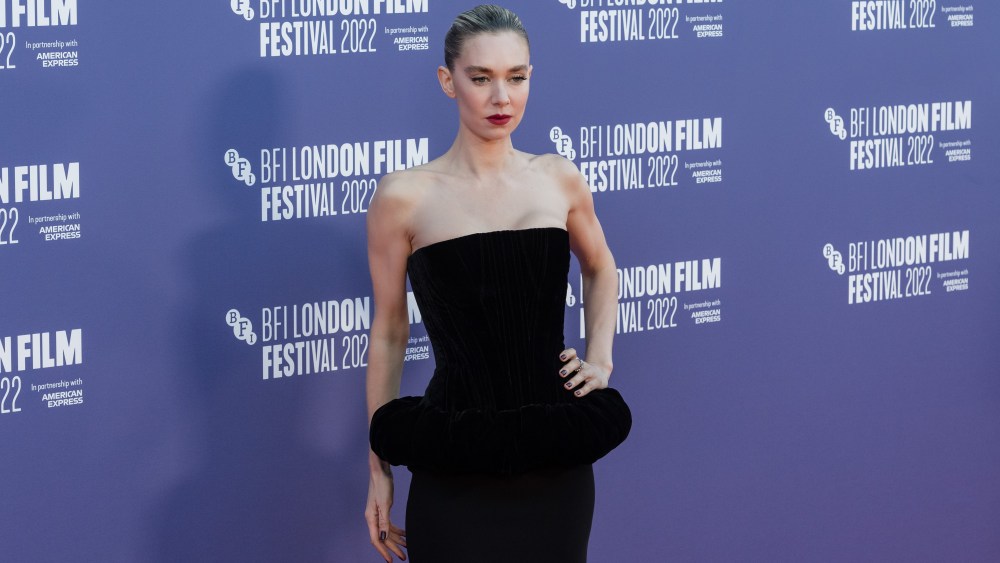 Vanessa Kirby went with an elegant look for her latest red carpet appearance.

The Oscar-nominated actress attended the premiere of her upcoming drama film “The Son” on Monday night during the 2022 BFI London Film Festival wearing a look from Schiaparelli’s spring 2023 ready-to-wear collection. Kirby’s look consisted of a black velvet bustier top with an embellished waist detail worn with a black pencil skirt. She paired the look with black strappy sandals. As a Cartier ambassador, Kirby wore two Cartier Reflection de Cartier rings made in white gold and featuring diamonds.

This is Kirby’s latest standout look during the press tour for “The Son.” Last month, the actress attended the Venice Film Festival where she made an impression for several of her fashion moments. She started off her engagements at a photo call for the film, wearing a red, two-piece set embellished with oversize flowers from Valentino’s fall 2022 couture collection.

She attended the premiere for “The Son” in a sequined and feather-embellished beige-colored gown from the same Valentino couture collection.