Every Oscars 2019 After-Party Look You Need to See

Some Oscar-winners stayed in the same looks they won their trophies in — lucky charms, perhaps? — but most others switched up their looks for the Vanity Fair Oscars party. 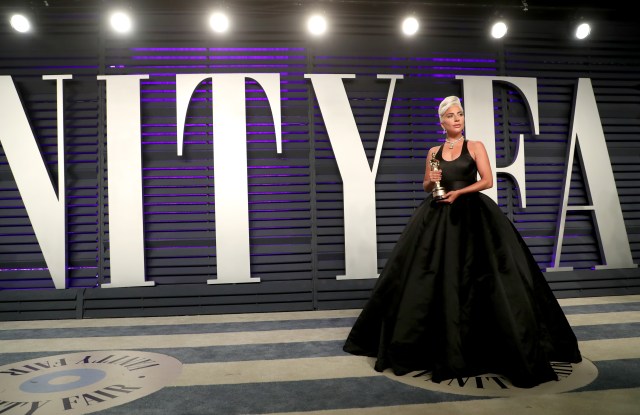 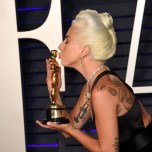 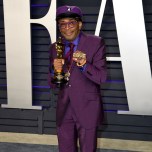 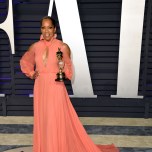 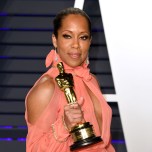 Fresh off the Oscars red carpet, the stars brought their A-game to the Vanity Fair 2019 after party.

At the red carpet for the annual after party, many of the night’s winners showed up with their shiny new gold statues in tow.

After an Internet-stopping performance of “Shallow” with Bradley Cooper, Lady Gaga arrived at the red carpet wearing the Brandon Maxwell black gown — and eye-catching 128-carat Tiffany yellow diamond — she wore while accepting the Oscar for Best Original Song.

While her mother — Lisa Bonet — dazzled on the Oscars red carpet in one of Karl Lagerfeld’s last couture looks for Fendi, Zoë Kravitz showed up to the Vanity Fair after party in her own show-stopping look: a $24,000, 18-karat gold bra top by from Tiffany & Co.’s Elsa Peretti collection and a Saint Laurent maxiskirt.

A few stars stayed in their looks from the Oscars ceremony, including Charlize Theron, who wore a baby blue, backless gown from Dior, and Sarah Paulson, who wore the pink cutout finale dress from Brandon Maxwell’s fall 2019 show at this month’s New York Fashion Week.

Click through the above gallery to see all the looks from the Vanity Fair Oscars 2019 after party.

Read more on the Oscars here:

WATCH: How to Create the Ultimate Red Carpet-Worthy Look