To mark the return of the House of Vans summer series, House Parties, the brand tasked artists with creating various installations at its Brooklyn music venue and skate park. 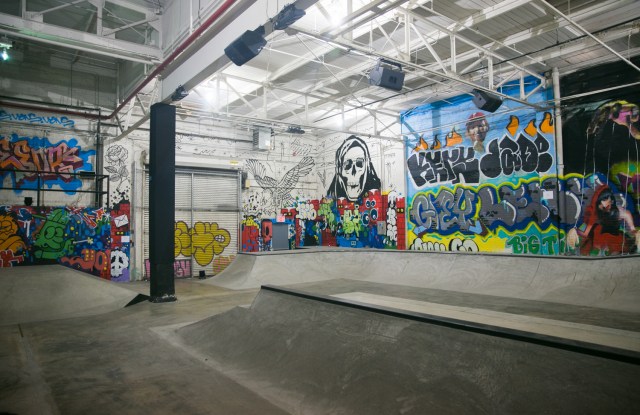 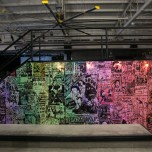 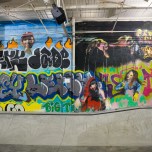 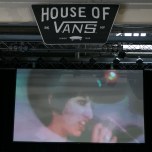 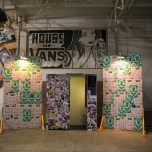 BIRTHDAY PARTY: Vans turned 50 this year and to mark the occasion the brand has spent most of 2016 organizing a variety of festivities throughout the world.

Starting this month the House of Vans summer series, House Parties, is back for six shows at its Greenpoint, Brooklyn, music venue and skate park. The series of shows, which are all free, will feature 18 different acts including Quicksand, Neon Indian, Rae Sremmurd, Battles, Jon Hopkins and more.

As part of the series and its 50th birthday, Vans, which was purchased by VF Corp. in 2009, has partnered with different artists to transform the Brooklyn event space with an art exhibit, curated by Brandon Stosuy and Bradford Nordeen, that honors Vans’ heritage along with New York punk and hip-hop influences.

The exhibit includes a wall dedicated to concert flyers and posters colored in shades of neon by Scott Ewalt, a light installation with programmed LEDs by Ken Farmer, a structure comprised of vintage boom boxes built by Bayeté Ross Smith, and a video collage of the New York youth scene that documents early hip-hop and late Seventies punk and hardcore rock by Jill Reiter.

A large mural showcases graffiti from artists including Wane One, Stash, and Nick and Matt Z, as well as some who remain anonymous. According to Nordeen the artists will update their murals over the course of the concert series.

“We wanted to engage people who were engaged in the scene,” Nordeen said.

The concert series began last night and will run through July 6.