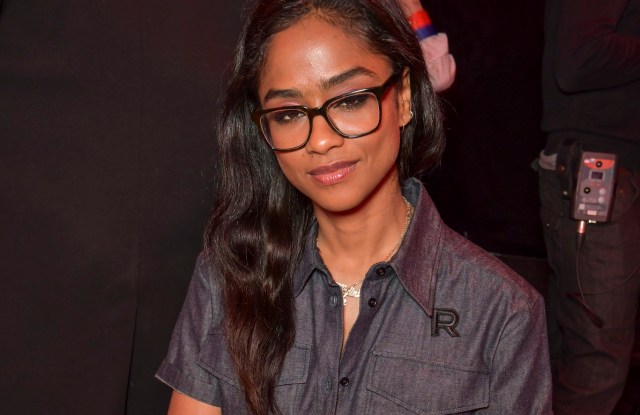 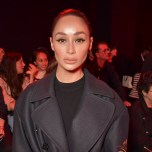 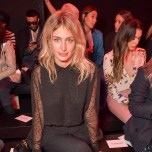 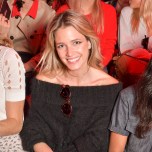 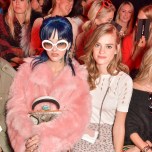 NEW TRICKS: The multitalented Vashtie Kola has turned her hand to a new medium lately. The New York-based music video producer, artist, designer and DJ has added rapper to her list of talents, featuring on Tate Kobang’s “Ready,” released last month and produced by Swizz Beatz.

“It’s the first time I’ve really done music, it was a real out-of-body experience because I normally don’t use my voice in that way,” said Kola at the Rochas show Wednesday afternoon. “I can write, and I can draw and paint and use my hands, but when it comes to using your voice it’s a whole other dynamic.”

For early next year, meanwhile, she has a design collaboration coming up with rapper Nipsey Hussle. To be co-branded under her Violette label and Hussle’s Marathon Clothing, the line will have an East meets West Coast vibe and a Nineties esthetic.

“It’s a time when both coasts were sort of warring with each other but internally having their own issues,” Kola said. “I represent New York and he represents L.A.”

Another intercontinental traveler at the show was actress Cara Santana, who said she was excited about a new television project she has coming up but was keeping mum about the details until early next month.

She was keen to talk about her up-and-coming movie project, however, close to her heart in more ways than one. “It’s called ‘Steps.’ It’s about six people through three decades battling addiction and recovery, I wrote it based on my own life,” she said.

Shooting next spring, she is coproducing the movie with her fiancé Jesse Metcalfe, and Rosario Dawson is also part of the project, she said.

Lefèvre was taking time out from theater projects to catch some fashion shows. “I haven’t been to fashion week for ages, I’ve been so tied up on stage, I’ve been deprived. I have one brain for acting and another for fashion. I can’t do both at once,” she said.