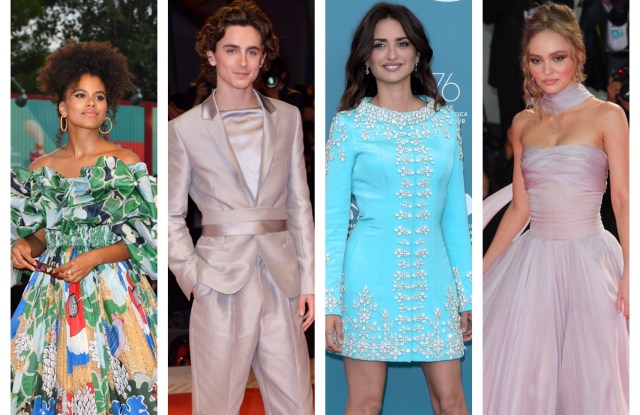 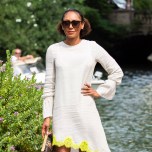 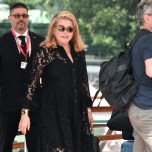 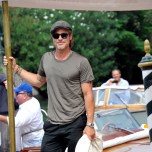 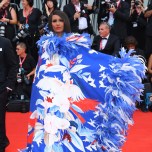 With the backdrop of the Grand Canal and a host of A-list celebrities in attendance, the 76th annual Venice Film Festival arguably produces some of the most glamorous red carpet looks — so much so that it might be the next Cannes.

The 11-day festival has brought together the likes of Scarlett Johansson, Meryl Streep, Penélope Cruz, Jude Law and Brad Pitt, among others, to debut some of the fall’s most highly anticipated films and TV shows, including, “Joker,” “The King” and “The Young Pope.”

Throwing social media into a frenzy, Oscar-nominated actor Timothée Chalamet made waves on the festival’s red carpet at the premiere of “The King,” in a satin silver suit by Haider Ackermann. He was joined at the premiere by his costar, Lily-Rose Depp, who also left her high fashion mark on the red carpet in a flowing pale pink Chanel gown from the designer brand’s fall 2019 couture show.

Meryl Streep had her fun on the Venice red carpet, posing gleefully in a blue floral gown from Givenchy’s fall 2019 ready-to-wear collection.

Meryl Streep in Givenchy at “The Laundromat” premiere.  Mirco Toniolo/Errebi/AGF/Shutterstock

With a few days left to go at the Venice Film Festival, there’s sure to be more high fashion red carpet moments to come.

The Biggest Fashion Brand Controversies of 2019 — So Far

The Fall 2019 TV Shows You Need to Binge Watch