The Zurich-based house has launched a new brand called Vtmnts with a collection of 100 looks. 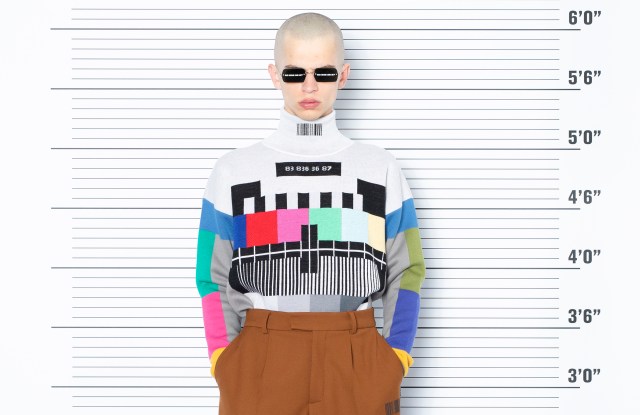 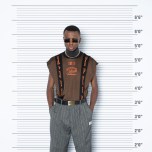 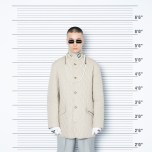 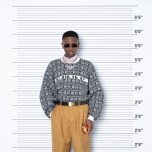 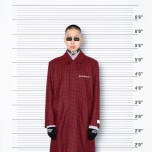 WITHOUT VOWELS: Vetements revealed the name of its new brand on Thursday — and it’s Vtmnts.

The label posted its first look, a sweater with a television test card pattern and brown pants, on its new Instagram account, @vetements_secret_project. In an email, the brand sent a link for 100 looks and promised collection notes would follow overnight.

“P.S.: 100 looks represent our 100 percent commitment to this industry,” it said. No further details were immediately available.

Shown principally on male models, the collection included garments printed with bar codes and the numbers 83 836 36 87. T-shirts featured gender pronouns such as “She/Her, “He/Him” and “They/Them,” while a hoodie paid tribute to the 1980s movie “Back to the Future.”

Specialized website The Fashion Law reported in April that Vetements had filed upward of 25 trademark applications to use the Vtmnts mark on everything from garments, accessories and retail store services to fragrances, eyewear and jewelry, leading to speculation that the brand was changing its name.

“A hypothetical name change could potentially make sense given the brand’s difficulty in amassing trademark registrations for its name in its current state,” the site wrote, noting that Vetements has faced “significant pushback” from the U.S. Patent and Trademark Office, or USPTO, in response to applications to register Vetements for use on clothing and e-commerce.

A USPTO examining attorney preliminarily refused the registration on the grounds that the applied-for mark was merely descriptive, based on the English translation of the name, which means “clothes” in French, The Fashion Law reported. Vetements has not commented on the rumors of a rebranding.

Announcing the launch of its new brand last month, the Zurich-based house said it was the first step in creating “a new version of what a conglomerate could look like.”

“It’s time to dare, to do things that are different,” Guram Gvasalia, cofounder and chief executive officer of Vetements, told WWD.

He said the collection would have an aesthetic different from Vetements, inspired by men’s wear and sartorial codes, but would “speak to all genders.” It’s part of a new platform called Gvasalia Family Foundation, which will provide mentoring, technical development, production, supply chain, distribution and financial support.

Additions to the platform in the future might not necessarily be in the fashion sector, Gvasalia said, noting how Vetements recently extended its brand into food by launching a branded burger with Moscow fashion retailer KM20.

Founded in 2014, Vetements and its designing cofounder Demna Gvasalia are widely credited with sparking the streetwear trend in fashion. Demna Gvasalia stepped down from Vetements in 2019 and is now focused on Balenciaga, where he has been creative director since 2015.