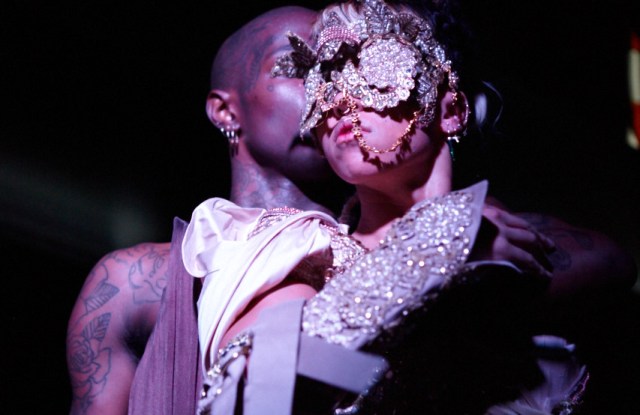 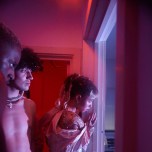 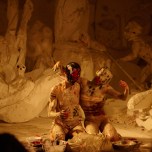 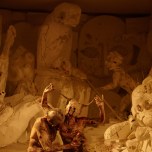 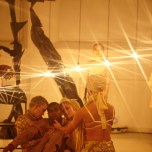 SPIRITUAL JOURNEY: Veuve Clicquot teamed with multitasking creative, musician and dancer FKA Twigs for its second annual “Widow Series,” a creative project that nods to the house’s founder Madame Clicquot and takes its cue from the freedom of expression around Halloween to champion the arts and creative communities.

“There aren’t always opportunities to make your wildest creative ideas a reality, so this is one of my most ambitious projects to date,” said Twigs.

Each room represents a zodiac sign and takes inspiration from a different theme: Sagittarius is represented in a haunting room with a black rose hanging from the ceiling. It’s surrounded by a circle of dimly lit light bulbs. Aquarius, designed by Miguel Bento, is paved with see-through colored panels.

“I wanted to play with the idea of space, as it’s something that is very limited in London. We got a carte blanche from Veuve Clicquot to create whatever we wanted, which never happens, so it’s been an interesting journey,” said Bento, who has been working on a series of retail spaces for Savile Row recently.

The makeup artist Isamaya Ffrench worked alongside Twigs to create the makeup looks of the performers in the Leo room, where extravagantly made-up characters — representing the Leo attributes of creativity and self-centeredness — sing.

Ffrench is regularly drawn to the idea of immersive experiences and all things spooky. Earlier this year, she hosted a dinner, where the food was made to resemble makeup and medicine, from chocolate lipsticks to sauces served in syringes. She will also be partnering with East London restaurant Bistrotheque on another Halloween fest at the Ace Hotel in Shoreditch, where she plans to transform the hotel’s staff with makeup and costumes.

The Taurus room, designed by Andrew Tomlinson, is made to look like a shipping container from the outside, while inside, a dancer angrily moves up and down, tearing the walls apart and coming dangerously close to viewers.

“My set is a nod to the intriguing true story of the sunken Veuve Clicquot bottles lost at sea, I enjoyed the idea of transforming a space and having the opportunity to change the mood,” said Tomlinson.

FKA Twigs also takes part in the performance, moving from room to room to unravel a story about the search of her spiritual and zodiac home. In the Gemini room, which is covered in wildlife, she joins the dancers performing a tribal-themed choreography. One of the most striking parts of the performance takes place in the Scorpio room, which is filled with collapsing clay sculptures designed by Gary Card. Twigs bathes herself in clay with the sculptor and performer Olivier de Sagazan.

As the performance quickly moves from one room to the next, visitors are able to catch the artist at different stages before she disappears, while other performers also meander around the four-storied venue, interacting with visitors and making them part of the performance.