Located on central Via Orefici, the unit will bow next fall carrying products from The North Face, Timberland and Napapijri.

The Orefici 11 multibrand store VF Corp. will open next fall in Milan.

MILAN — VF Corp. is betting big on physical retail despite the COVID-19 pandemic having scuppered footfall and tourism.

The American apparel giant is opening Orefici 11, a 22,000-square-foot multibrand store on Milan’s central Via Orefici, a stone’s throw from the Duomo square, taking over the building that has housed the offices of eyewear specialist Luxottica.

The unit is slated to open next fall in an area of the city that in recent years has seen a slew of investments by international companies, such as Starbucks and Uniqlo, which helped revive it.

The three-story space will carry apparel and lifestyle products from three hero brands within VF’s stable: The North Face, Timberland and Napapijri. The company said other labels in its portfolio would periodically take over with dedicated corners.

Martino Scabbia Guerrini, VF Corp’s EMEA executive vice president and group president, praised the move, noting that adding the “multibrand retail concept to our fleet of stores [will] further elevate our offering for our consumers while also advancing our strategy of becoming more consumer-minded, retail-centric and hyper-digital.”

“Our aspiration is that this retail format will become a template for future VF multibrand stores in other regions and cities,” he added. The company already operates 1,500 monobrand retail units globally. 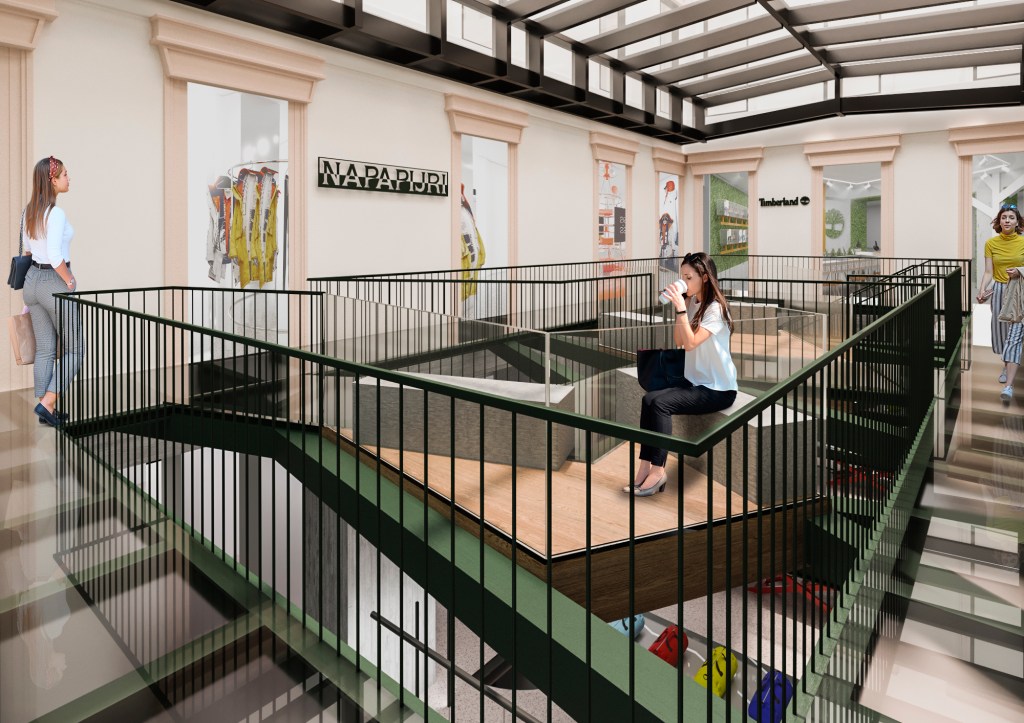 A render of the Orefici 11 multibrand store VF Corp. will open next fall in Milan.  Courtesy of VF Corp.

The Milan unit’s renovation works, started in June, are aimed at preserving the storied building and celebrating the city’s architectural scene of the past century.

Case in point: The reception area will feature a small-scale architectural sculpture inspired by the facades of the city’s Sixties buildings characterized by green ceramic tiles, while elsewhere the signature walkways and balconies of Milan’s apartments will coexist with large steel beams nodding to the city’s industrial history.

The ground floor, named The Lab, will be dedicated to exclusive product collaborations and capsule collections developed by the featured brands, in addition to fitting rooms and relaxation areas. Inspired by the city’s architecture in the Eighties, it will be punctuated by a red tube running across the whole space paying homage to the local subway line.

In keeping with the group’s commitment to environmental sustainability the development of the retail concept takes into account eco-friendly protocols, starting from the selected building, which is LEED Gold certified.