VFiles to Team With Depop for September Group Fashion Show

They are seeking runway entries from June 21 and July 21 on vfiles.com.

The VFiles show last September at the Barclay Center.

VFiles Runway has forged a partnership with Depop, a London-based fashion marketplace app and creative platform, to create an original group fashion show in September during New York Fashion Week.

Runway entries will be open to designers, stylists, models and photographers on vfiles.com from June 21 through July 21. Runway winners will be flown to New York, mentored by the VFiles and Depop teams as well as the mentor committee throughout the process, leading up to the fashion show.

The show will take place Sept. 5 at 7 p.m. at the Barclays Center in Brooklyn.

According to Julie Anne Quay, founder of VFiles, an experience-based social networking platform that connects the creative global youth community, the group fashion show will feature musical performances. It is the 11th time VFiles has sponsored a group show, but the first time it is joining forces with Depop. While these shows generally take place twice a year, VFiles skipped last February.

“We’ve had various sponsors, but we never had a partner. What we’re most excited about is Depop’s vision to empower the future of fashion and global youth,” she said.

Confirmed mentors for this season are Rico Nasty, celebrity rapper;  Candy Pratts Price; Simon Beckerman, founder of Depop, and Quay, with more to be added.

Quay said there is no specific criteria in order to apply, but decisions are made on design quality and the ability to create 15 head-to-toe women’s and/or men’s looks. The group show is open to the public, and last year, 3,000 people attended. Quay said September’s show at the Barclays Center generated four billion media impressions.

“VFiles and Depop are natural partners. We’re excited to be joining forces with a team that shares our commitment to empowering young creatives and showcasing the next generation of fashion talent,” said Maria Raga, chief executive officer of Depop.

Quay added, “When we started VFiles Runway in 2014, ‘Internet fashion,’ or work by creatives typically seen more in a digital-only capacity, was not given its due merit. Since then, in such a short period of time, we have proven that their work not only deserves to be seen, but is worthy of recognition by the industry as well. We are excited to partner with Depop to allow our community and event to grow and be able to provide even more support to what we feel is the next generation of the world’s great designers.”

Winning designers from past seasons include Gypsy Sport, Ottolinger, Kim Shui, Alessandro Trincone, Kozaburo, Feng Chen Wang and Discount Universe. They have gone on to receive and be nominated for such awards as the LVMH Prize, the CFDA Fashion Fund, The Woolmark Prize, the H&M Design Award and CFDA NYFW Sponsorships. 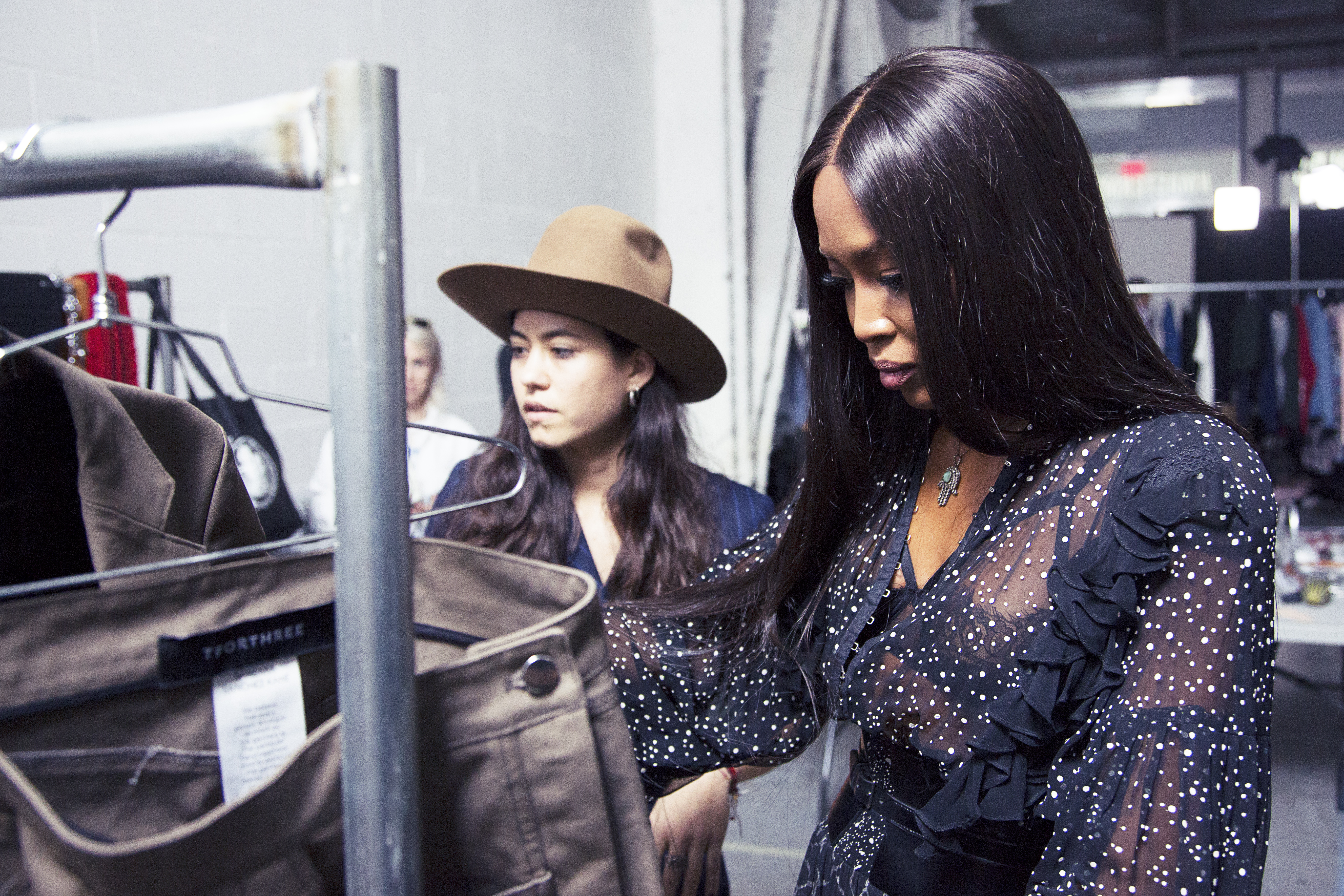 In addition to being an online fashion marketplace, Depop has expanded off-line with permanent spaces in New York and Los Angeles.