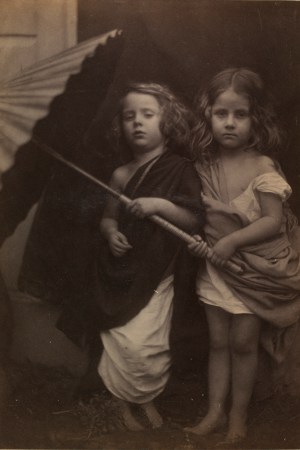 CAMERON’S CAMERA: The Victoria and Albert museum in London will unveil a retrospective of the work of Julia Margaret Cameron, the 19th-century photographer best known for her moody — and sometimes eerie — portraits, starting on Saturday.

The show features more than 100 works and has highlights including the first photograph of Cameron’s studio, as well as images of her friends, family and servants, including the British poet laureate Alfred, Lord Tennyson; Charles Darwin, and Julia Jackson, Cameron’s niece and the mother of Virginia Woolf. There are also original prints and letters to Henry Cole, the V&A’s founding director.

The photographer, who died in 1879, began her career at age 48 after her daughter gave her a camera as a gift. Within two years, Cameron had sold and given her work to the South Kensington museum — now known as the V&A — where she had access to rooms that could be used as a photo studio. Although Cameron was critiqued for her experimental techniques, such as out-of-focus shots that included smudges and scratches, she was regarded as an innovative photographer.

“Cameron made so many fascinating photographs, but one that I especially love is Circe (1865),” said Marta Weiss, the V&A’s curator of photographs. “It’s a picture of a Victorian girl in the role of an ancient Greek character, but the way she fills the frame and gazes directly at the camera is incredibly modern. I hope that new audiences will fall in love with Julia Margaret Cameron’s beautiful and groundbreaking photographs and that visitors already familiar with her will enjoy new discoveries. In Cameron’s own words, I hope her photographs will ‘electrify with delight’ and ‘startle the world.'”

The exhibition will run until Feb. 21.