“Wedding Dresses 1775-2014” chiefly tells the story of white dresses and why they continue to capture the collective imagination. 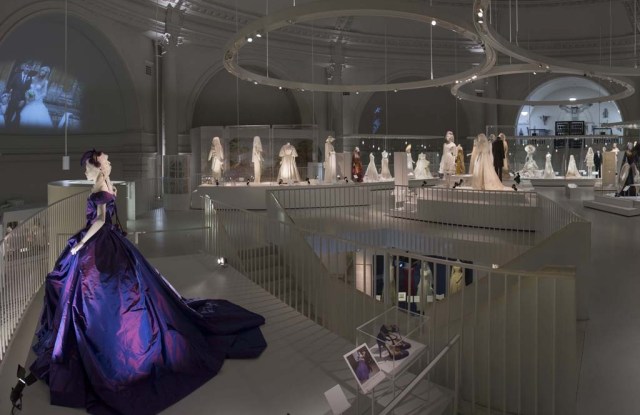 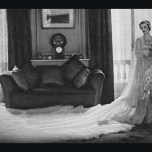 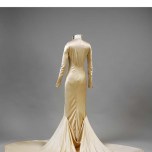 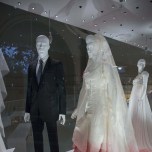 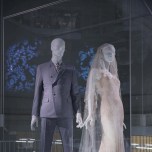 BRIDAL BOUQUET: The Victoria and Albert Museum is buzzing this spring, not only with a major show dedicated to the history — and glamour — of Italian fashion, but with a new and more romantic arrival: “Wedding Dresses 1775-2014.”

The show, which runs from May 3 until March 15, 2015, chiefly tells the story of white dresses — originally worn only by the wealthy and aristocratic because the color and fabrics were so high-maintenance — and why they continue to capture the collective imagination, not just in Britain but worldwide.

The show addresses the influence of celebrity and society (Chinese mass market wedding dressmakers regularly use magazines such as Hello! for inspiration); wartime poverty (one Elizabeth King was forced to make her gown from a patterned upholstery material because it was not subject to rationing during World War II); and fashion (some of the dresses on show could easily hop off the catwalk and into a black tie dinner).

“I set out to tell the story of the white wedding dress from the late 18th century onward, as there is very little written evidence of it before then,” said Edwina Ehrman, lead curator of “Wedding Dresses,” and a specialist in the history of London fashion and haute couture. “And while the focus is on white, there has constantly been a dialogue with color — over a long period.”

Among the most eye-catching of the more than 80 dresses on display is a silk satin number with a double train that Cecil Beaton’s sister Barbara “Baba” Beaton commissioned from Charles James in 1934; John Galliano’s sequined gown for Kate Moss, and his white and red dip-dyed one for Gwen Stefani; Jasper Conran’s corseted dress for Lady Sarah Chatto, and Anna Valentine’s long coat for the Duchess of Cornwall, which the latter wore with a Philip Treacy headband.

Sarah Burton’s Alexander McQueen gown for the Duchess of Cambridge is not on display, but film clips from the 2011 royal wedding are projected on a wall as part of the show. During the press view on Wednesday, the film of the newlywed royals proved to be one of the more popular exhibits in the show, which also features dresses from Vera Wang, Lanvin, Vivienne Westwood, Alice Temperley, and Jean Muir.

There are older and more staid models on display, too, such as one worn in 1828 by Eliza Larken for her marriage to the man who would become Baron Monson. Made from striped cream silk, patterned with floral sprigs, and trimmed with satin an lace, it had long sleeves for the church that could be easily removed, making the dress suitable for future use as an evening gown. A silk brocade gown and petticoat worn by a wealthy farmer’s daughter, complete with straw hat and silk satin shoes, is one of the oldest in the show, dating from 1780.

Ehrman said she is fascinated by the fact that wedding dresses are essentially “a ceremonial garment, but they have not become marginalized. And I don’t think they will disappear. They are talismanic, and transformative.” And clearly enduring: Ehrman said there are countless women she has spoken to, who have long separated from their husbands, but who never consider parting with their wedding dresses. “They tell me the dress was brilliant – although their choice of husband wasn’t.”