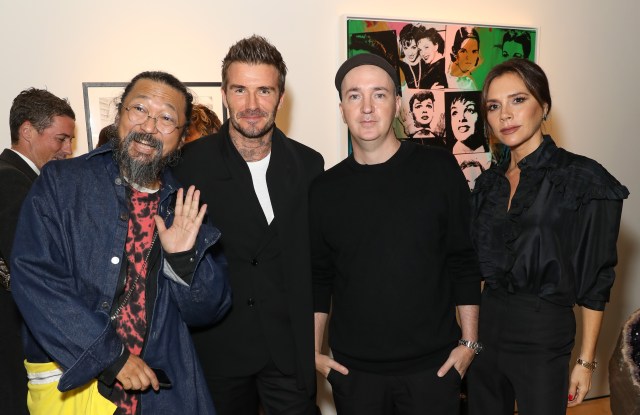 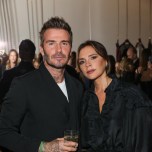 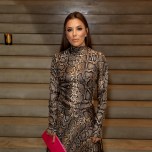 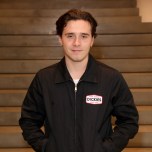 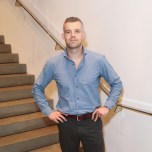 LONDON — The elites of the art world were greeted by David and Victoria Beckham on Monday evening on the eve of Frieze, over a glass of Don Julia 1942 tequila.

The brand, with a new chief executive officer on board, is hosting an exhibition featuring 12 works by Andy Warhol in the store on Dover Street, from Sept. 28 to Oct. 4 in partnership with Sotheby’s.

This is the third time Victoria Beckham has partnered with the auction house. She hosted two exhibitions dedicated to Old Masters paintings last year. One featured powerful portraits in June and the other in December championed the work of trailblazing women artists from the 16th through the 19th centuries.

Beckham said she has learned a lot about art from working with Sotheby’s. “I have always been interested in contemporary art and David and I have been collecting for a long time now — so this exhibition feels extra special. I remain fascinated by the stories the pieces shown in my store tell, and hope others that visit will feel the same,” she said.

“Warhol is certainly the artist who most influenced today’s fashion world, from his debuts as a fashion illustrator to the way he turned his art into fashion designs and his collaboration with trendsetters of his day. It is, therefore, a great privilege to be able to exhibit this group of works in Victoria Beckham’s boutique,” he added.

The exhibition features paintings and works on paper by Warhol, from self-portraits to depictions of the dollar sign, flowers and “Superstars.” Also on view are portraits of Warhol and members of The Factory taken by Cecil Beaton in New York in 1969.