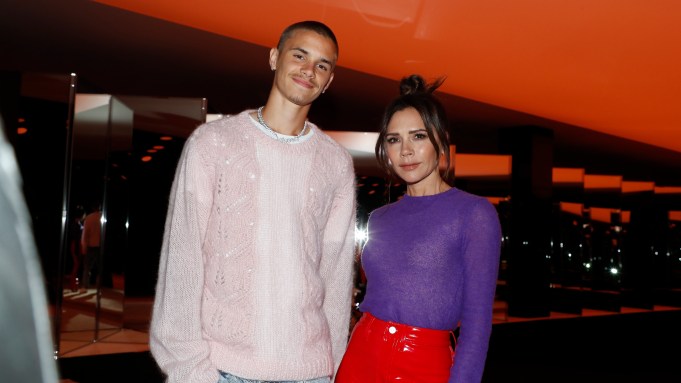 Beckham floated the idea of launching a TikTok account Wednesday via Instagram and one of her sons, Romeo, chimed in with his approval. Fans responded strongly to her video, with 33,551 likes by Thursday midday.

Like most of her family, the mother of four and wife of David Beckham largely lives out her life on social media. She recently posted about her 23rd wedding anniversary: “They say he isn’t funny, they say I never smile, they say it wouldn’t last.” Her daughter Harper’s 11th birthday was another reason for celebration. Photos of Beckham’s parents with adoring messages are periodically posted, as are references to other types of family time. She recently referenced riding the rails on the Venice Simplon-Orient Express with her family.

Amid all the merrymaking, Beckham is of course a businesswoman with a multitude of ventures. By combining Victoria Beckham Fashion, Victoria Beckham Beauty and her personal content into one TikTok account she stands to amp up her brand with one cohesive narrative.

To encourage TikTok fans to engage, they can use #StitchPosh to reveal how posh they really are. Just as Kim Kardashian recently gave The New York Times a mid-interview tutorial about her beauty routine using her beauty products, Beckham is breaking down her facade using Victoria Beckham Beauty products. Knowing many consumers can’t get enough behind-the-scenes footage, there is also a glimpse of her Vogue Australia shoot. Just like the signature resort collection that Beckham showed late last month, her TikTok account appears to be more of “a vibe, an attitude.”