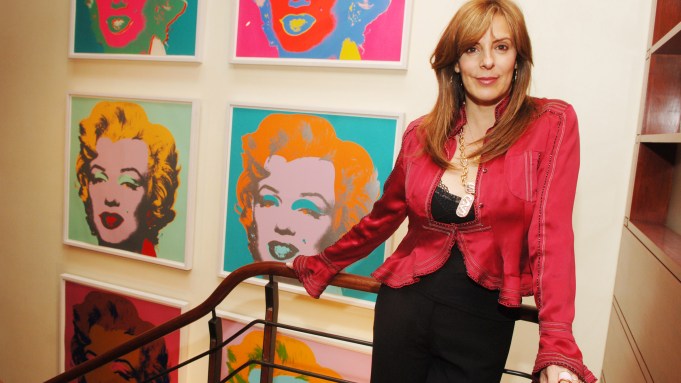 Though she is mostly known for her entrepreneurial endeavors, Victoria Jackson is now also known for being a confidante to Meghan Markle.

In a new profile interview with The Cut, published on Monday, the Duchess of Sussex revealed that she and her husband Prince Harry have a “close-knit group of friends,” one of whom is Jackson, since they permanently relocated to Montecito, Calif., with their family a few years ago.

At one point in time Jackson was a famous makeup artist and ran her own beauty brand called Victoria Jackson Cosmetics.

Here, WWD breaks down everything you need to know about Victoria Jackson.

What was Victoria Jackson known for?

Jackson was a makeup artist who rose to prominence in the ’80s for being the original creator of “no makeup” makeup, finding success by selling her products on QVC for a decade.

Her Victoria Jackson Cosmetics line became a powerhouse in the industry, developing products ranging from makeup to skin care to hair care and more.

In 2008, Jackson, along with her husband Bill Guthy, established The Guthy-Jackson Charitable Foundation dedicated to providing funds for research to treat and cure neuromyelitis optica (NMO), which their daughter was diagnosed with.

How did Meghan Markle and Victoria Jackson meet?

Why is Victoria Jackson relevant now?

For Markle’s cover shoot for The Cut, Jackson lent her ranch near Santa Barbara, Calif., for them to use.

In her interview, the duchess called Jackson a close friend and “safe harbor.”