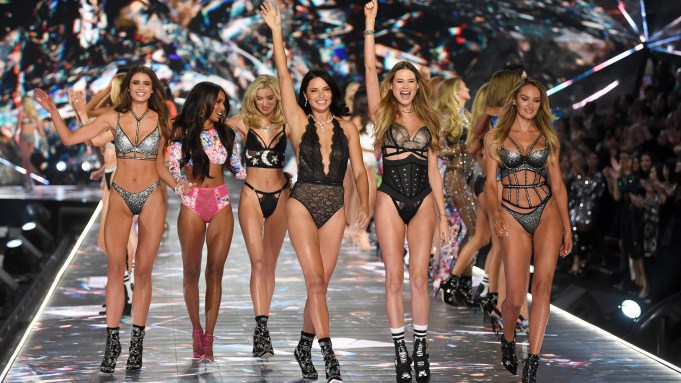 The docuseries, called “Victoria’s Secret: Angels and Demons,” will explore the rise and stumbles of the popular lingerie company and its then chief executive officer Les Wexner, particularly his ties with Jeffrey Epstein. The series will premiere on Hulu.

News of the project was first revealed last year, when the documentary was still called “The Rise and Fall of Victoria’s Secret.”

From the early 2000s into the later 2010s, Victoria’s Secret dominated the lingerie market, being the go-to brand for intimates. When it introduced its annual fashion show in 1995, the label rose to meteoric fame, possessing one of the most exclusive and most-viewed runway shows in the world.

At its height, the brand boasted an array of some of the most sought-after models, such as Naomi Campbell, Heidi Klum, Gisele Bündchen, Adriana Lima, Alessandra Ambrosio and Tyra Banks, among others. Toward the end of its run, models such as Joan Smalls, Elsa Hosk, Taylor Hill and even the Hadid sisters were tapped to walk in the show.

The annual show was canceled in 2019, with its last show being in November 2018.

However, entering the late 2010s, Victoria’s Secret came under fire for its toxic work environment, history of misogyny, non-inclusive practices, claims of harassment and more. Wexner also had ties with Epstein, who was under investigation for the sex trafficking of minors.

(Epstein was arrested in July 2019 on federal charges for the sex trafficking of minors in New York and Florida. He died in his jail cell the following month. Examiners ruled his death a suicide.)

Here, WWD breaks down all you need to know about the upcoming Victoria’s Secret documentary. Scroll on for more.

What is “Victoria’s Secret: Angels and Demons” about?

The three-episode docuseries will chronicle how Victoria’s Secret became one of the most popular brands in the world to its downfall. The project will also take a closer look at the company’s longtime CEO, Wexner, and his close ties with disgraced financier and sex offender Epstein.

Episodes will explore Wexner’s life and how he managed to build a billion-dollar fashion empire; Victoria’s Secret Angels becoming global superstars and its expansion to adolescents with their brand Pink; and its struggles when they were still part of the L Brands (now known as Bath & Body Works, Inc.) family.

Each will also explore how Wexner and Epstein grew close and how the latter’s weighty allegations contributed to the downfall of Wexner’s empire amid an already shifting cultural and fashion landscape.

Who created the “Victoria’s Secret: Angels and Demons” docuseries?

The project is directed by Matt Tyrnauer, who was also behind the documentary “Valentino: The Last Emperor,” which chronicled the life of designer Valentino Garavani, and “Studio 54.”

When will “Victoria’s Secret: Angels and Demons” be available to watch?

All three episodes of the series will be available to stream exclusively on Hulu starting July 14.

Victoria’s Secret Has a New Look