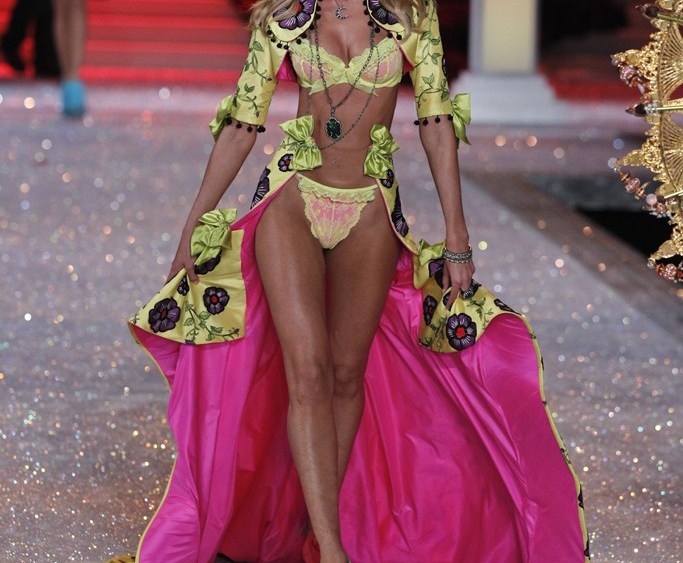 VICTORIA’S NEW SECRET: Victoria’s Secret has launched its first high-end lingerie collection, called The Victoria’s Secret Designer Collection. The line, which is rendered in shimmery see-through chiffons and trimmed with European lace, ribbons and embroideries, features playful baby dolls, barely there unlined bras, deep-plunge push-up bras, string bikinis, low-cut teddies, garter belts, a kimono and a merry widow corset. The collection has been kept under wraps — even at the annual Victoria’s Secret Fashion Show in November when several key items were featured as part of the regular lineup. The in-house designer collection replaces the decades-long concept of featuring upscale designer brands such as Chantelle Thomas on the main floor of Victoria’s Secret stores. The idea was to attract a more affluent and sophisticated consumer. Ed Razek, president and chief marketing officer of Victoria’s Secret, said, “We took it in-house because we have a design team that has such a passion for lingerie, and they differentiate Victoria’s Secret from any other brand.”

The collection has nearly sold out since it began selling Tuesday at victoriassecret.com and at five units, including the Lexington Avenue and Herald Square megastores, said Razek. Plans are to expand distribution of the summer collection to seven additional units in late June, totaling 13 doors.