The campaign marks the brand's promise to be more inclusive.

The Bluebella for Victoria's Secret campaign features a diverse set of models, including a transgender model and plus-size model.

NEW YORK — Victoria’s Secret is continuing its efforts to be more inclusive.

Starting this month, Victoria’s Secret is collaborating with British designer Emily Bendell. See-through bras, lacy panties, bodysuits with sharp geometric lines and garter belts in shades of crimson, black and white can be found at victoriassecret.com and in seven select stores in the U.S. and U.K. as part of the Bluebella collection, Bendell’s brand.

The collection has a twist — that’s because it fulfills parent company L Brands Inc.’s promise to update its marketing strategy. Transgender model and actress May Simón Lifschitz and plus-size model Ali Tate Cutler, along with Olivia Sang and Laura Rakhman-Kidd, can be seen in advertisements for the collection on the company’s web site and on images inside and outside of the stores carrying the line. These include New York’s flagship along Fifth Avenue and London’s Bond Street store.

“It has been wonderful working with Emily and the entire Bluebella team on the campaign,” said a Victoria’s Secret spokesperson. “We are excited to feature these amazing models in bringing this collaboration to life.”

The spokesperson would not comment on whether the models would be used for other Victoria’s Secret campaigns or events.

In the Manhattan store, life-size images of the models are sprawled around the multilevel space, alongside the products for sale. So are videos of the women donning the new collection. 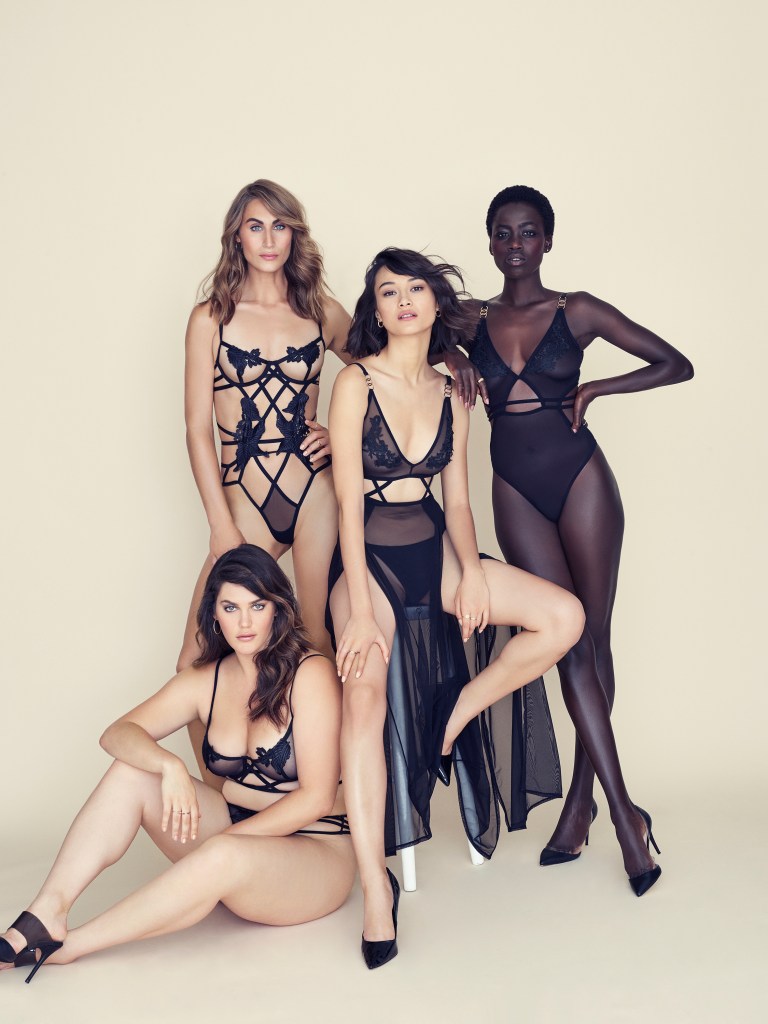 It’s a stark contrast from former L Brands’ chief marketing officer Ed Razek’s comments last year that Victoria’s Secret had no interest in using transgender or plus-size models in its annual fashion show. (Razek, who was responsible for casting the show, stepped down from the job in August.)

But in September, during the company’s planned Investor Update Day at L Brands headquarters in Columbus, Ohio, Victoria’s Secret chief executive officer John Mehas said the company was working on updating its image.

“We are taking time to evaluate the right marketing strategy going forward,” Mehas said. “We will be bringing our brand values and heritage to life through a refreshed brand experience that celebrates Victoria’s Secret as a brand by her, for her.

“A lot of the marketing changes just recently happened,” the ceo continued. “I think what you can sort of look at as a North Star is if you look at the Love & Lemons video that we did. It’s very different for us.…You’ll start to see an evolution. But for us, it’s being very thoughtful about this precious brand that’s been built over the course of 30, 40 years. But [we’re thinking] how do we evolve it? And how do we quickly move forward to all the things that we know it needs to be for her?”