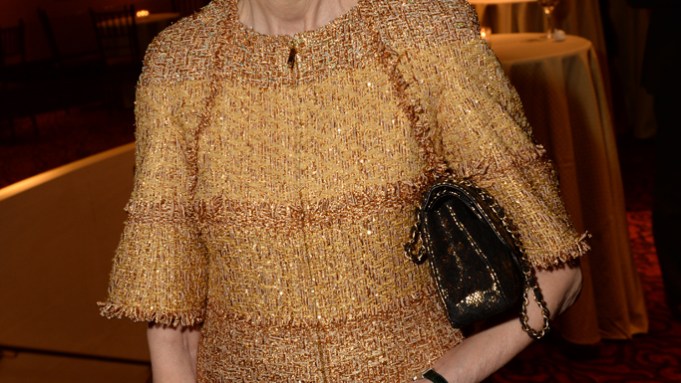 BOLTON’S HONOR: Biomedical science and fashion don’t usually go hand in hand, but such was the case at Thursday evening’s Vilcek Foundation Awards Gala. Each year, the foundation, headed by Jan and Marica Vilcek, honors foreign-born professionals who have made outstanding contributions to society in the United States in one of two fields: science, and an arts-based one, which changes from year to year (past fields have included contemporary music, dance, literature and filmmaking). Now in its tenth year, the awards shined the spotlight on fashion, with Andrew Bolton, British-born curator at the Metropolitan Museum of Art’s Costume Institute, receiving the top prize: $100,000 and a trophy, uniquely designed for each winner by Stefan Sagmeister. Three additional fashion winners were named in the category of “creative promise”: men’s wear designer Siki Im, knitwear designer Natallia Pilipenka and recent Parsons The New School for Design graduate Tuyen Tran, each of whom received $50,000.

The fashion community was well represented at the event, held at the Mandarin Oriental; guests included Thom Browne, Baz Luhrmann, Jonathan and Lizzie Tisch, Amy Fine Collins, Harold Koda, Shelley Fox and Anna Wintour, who presented Bolton with his award. “This award is not just an endorsement to the work that my colleagues and I do at the Costume Institute, it’s also an endorsement to fashion as a legitimate and meaningful form of artistic expression,” said Bolton.

The event concluded with final remarks from Marica Vilcek, who revealed the 2016 artistic category: theater. To Broadway they go.