French auction house Millon is selling off vintage Paco Rabanne outfits used as opera costumes — and not all of them are comfortable.

A Paco Rabanne dress from spring 1982.

Fans of vintage Paco Rabanne will be able to snap up some of the Space Age designer’s most theatrical creations at an auction next month — just don’t expect to feel comfortable in them.

On May 31, French auction house Millon will host a sale of 182 outfits collected between 1979 and 2009 by pianist Jorge Zulueta and the late Jacobo Romano, two of the founders of the Argentine theater and music company Grupo Acción Instrumental, whose stated aim was to “revolutionize the lexicon of traditional opera.” 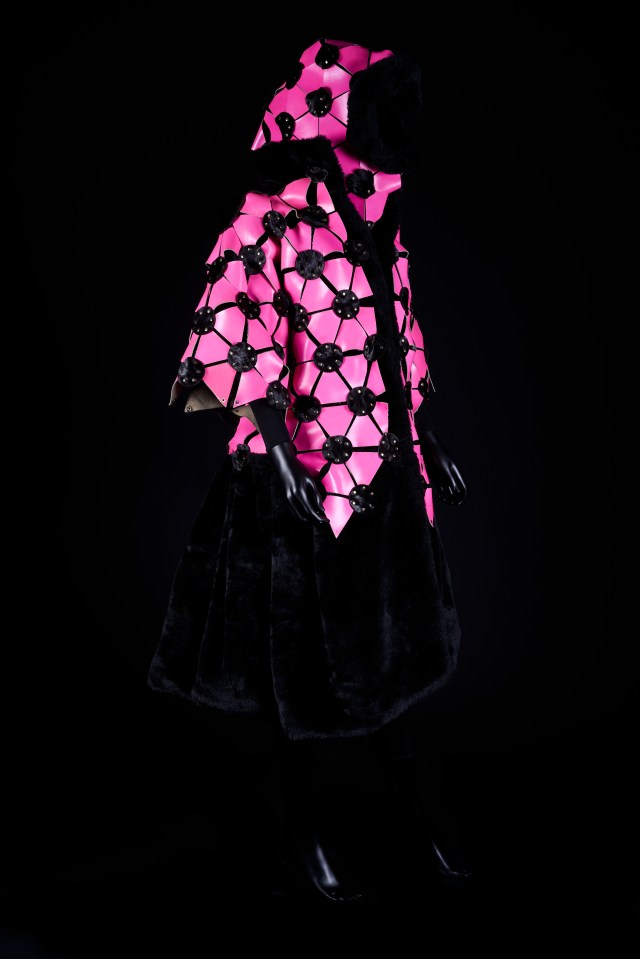 A Paco Rabanne coat and hood from fall 1983.  Courtesy Photo

Made of materials including molded plastic, hammered metal, crumpled paper, rhodoid and ostrich feathers, the designs were originally created for the runway. Purchasing each piece for their collection of stage costumes, Zulueta and Romano amassed a total of around 400 clothing items and 200 accessories, some of which were previously sold at auction in 2012 and 2014.

Estimates range from 60 euros for a hat to 2,200 euros for a sheath dress from 1982. Standout pieces include a coat and hood made of black fake fur and neon pink leather triangles riveted on foil circles, from fall 1983. Even more striking is the billowing Chrysalide wedding dress, made of ruched silver metallic silk, from spring 1985. 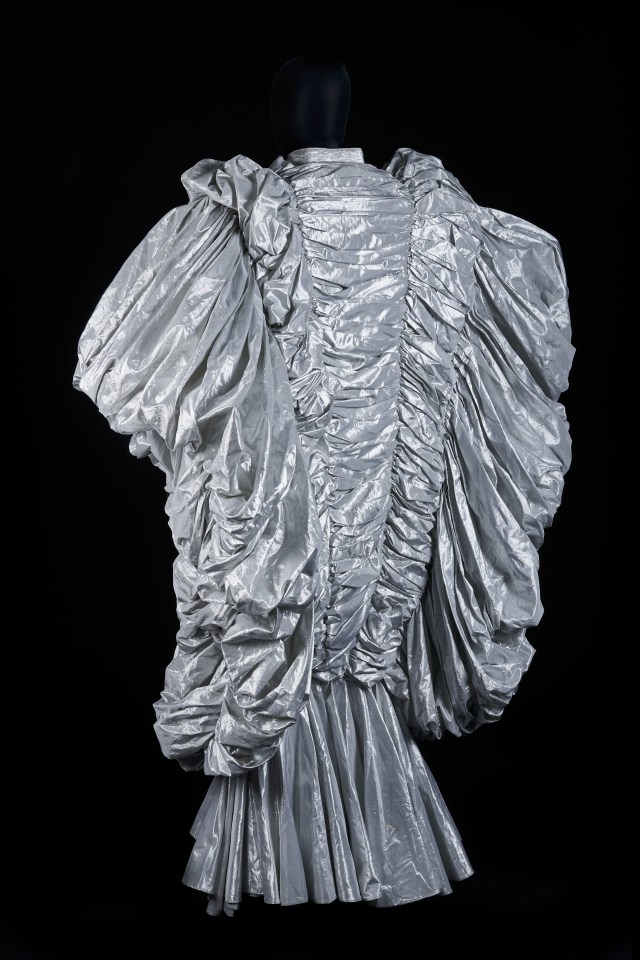 Paco purists may prefer a dress pieced together from silver reflectors. From spring 1982, it recalls the heyday of Rabanne’s designs in the ’60s, when he revolutionized fashion with his futuristic vision, alongside Pierre Cardin and André Courrèges. Rabanne’s first couture collection in 1966 was called “Twelve Unwearable Dresses in Contemporary Materials.”

Pénélope Blanckaert, curator and expert, said the designer was famously uncompromising about using rigid, inflexible materials — a stance she considers all the more provocative at a time when the coronavirus pandemic has made sweatpants ubiquitous.

“In the age of plurifeminism, the unsubmissive Paco, who already offended in his time, would not tire of shocking people even today with his outrageous remarks,” she said in a statement.

“Paco Rabanne was a prophet well beyond his time; his irreverence paved the way trodden half a century later by creative souls such as Iris van Herpen, Gareth Pugh, Demna Gvasalia, Daniel Roseberry or Ronald van der Kemp,” Blanckaert added.

Rabanne retired in 1999, but his label continues under the ownership of Spanish group Puig, having found a strong creative director in Julien Dossena, who has helmed its ready-to-wear division since 2013. His fall collection was an ode to ’80s opulence, mixing chainmail, velour and  rhinestones to highly seductive effect.

Iconic 20th-century Couture Designs to Be Auctioned in Paris