The pair has designed a new stage outfit for the musicians. 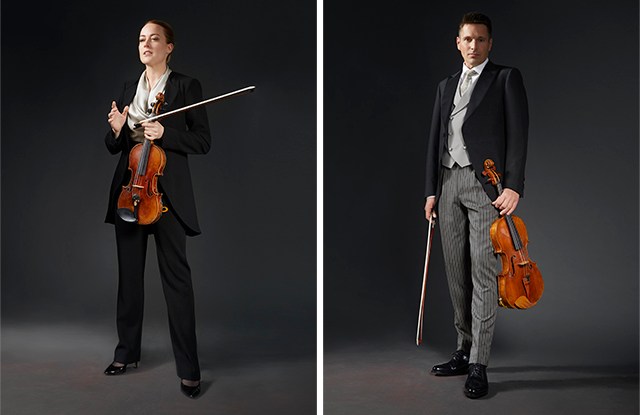 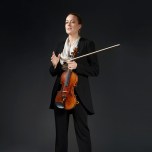 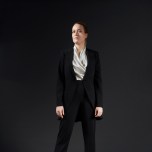 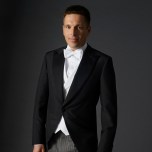 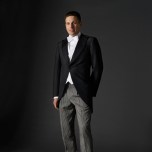 For the Vienna Philharmonic’s 175th anniversary, Dame Vivienne Westwood and Andreas Knonthaler — her designer partner, creative director and husband — have designed a new stage outfit, the Philharmonic Suit, for the musicians.

The orchestra will present their look for the first time during their Vienna New Year’s Concert on Jan. 1, under the baton of Gustavo Dudamel.

Previously, the Philharmonic musicians have performed in the Stresemann — otherwise known as the stroller — for daytime concerts and tailcoats for evening performances. Westwood and Kronthaler have redesigned the Philharmonic Suit for both day and evening performances. Both the women and men will be fitted with a tailor-made bespoke suit from Westwood, each designed with the functional requirements of the individual musician in mind.

The men’s suits are tailored in the traditional cut of Savile Row bespoke and have been designed in lightweight, high-quality English sustainable fabrics. The black mohair and wool cut-away jacket has been designed and modified in a modern interpretation of a traditional tailcoat, with a raised back line to support the musicians’ movement. The jacket is paired with traditional black-and-white stripe fine wool trousers and a classic Westwood double-breasted waistcoat, all woven by British mills.

For day concerts, the male musicians will wear the suit with a spun wool double-breasted classic Westwood waistcoat with peak finishing in a soft gray silver sand color, complemented by a silk silver sand tie embroidered with the Vienna Philharmonic logo in a Champagne color.

For evening, the men will wear the suit with a white double-breasted pique waistcoat, inspired by a classic white-tie suit, complemented with a white pique bow tie.

The women’s suit was inspired by the “Dangerous Liaison” jacket, which first appeared in Westwood’s Gold Label fall 1993 Anglomania collection. The jacket was inspired by an 18th-century men’s frock coat and was redone in black wool and adjusted to fit the female silhouette with a curved line and back pleating. The collar has been removed to assist in the handling of the musical instruments and to give ease of movement. The jacket is paired with a slim-cut classic trouser.

The suit is paired with a draped soft silver sand-colored silk satin wrap top, to complement the men’s day suits. For evening concerts, the female musicians will wear the wrap top in black silk.

Each musician’s name will be embroidered within their suit.

Both Westwood and Tyrolean-born Kronthaler share a love of classical music, and Kronthaler has been an enthusiastic follower of Philharmonic concerts since his childhood. They formally met at the Philharmonic in 2009.