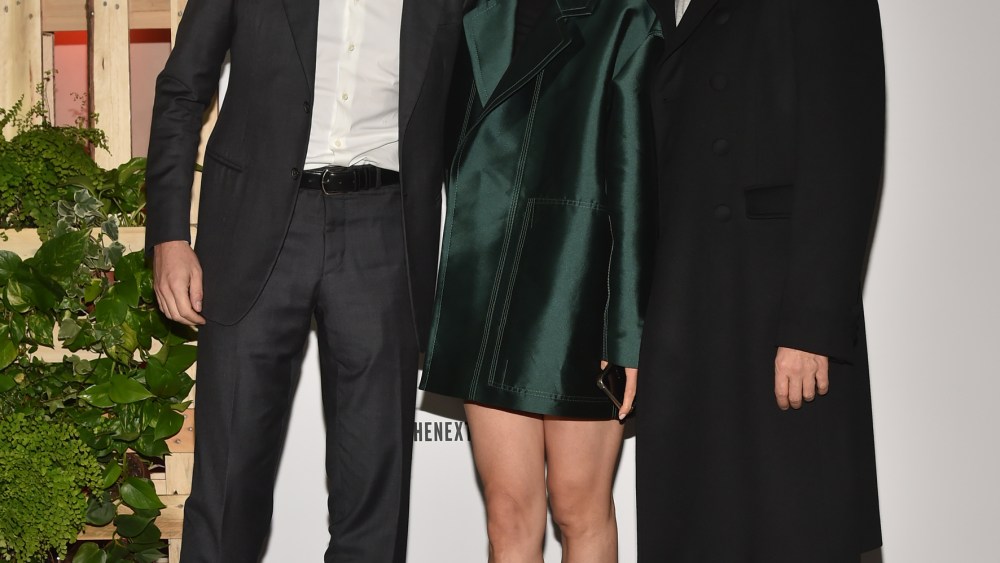 MILAN — For the second edition of The Next Green Talents award, Vogue Italia and Yoox invited seven young designers to create a unique silhouette using the sustainable technique of upcycling.

Guests flocked to the Palazzo Morando on Wednesday night to discover the selection of international designers handpicked by Sara Sozzani Maino, head of Vogue Talents. Each designer unveiled both a limited-edition silhouette, created using items from the Yoox archive and sold on the Yoox web site, and their latest collection, a selection of which will hit the online store in September.

British designer Bethany Williams had just flown in from London, where she received the Queen Elizabeth II award for her “Adelaide House” collection, which she presented during men’s fashion week in London. (The previous recipient of the award is Richard Quinn, who was graced with the presence of the Queen herself on the day of the ceremony.)

Alongside her fall 2019 collection, created in collaboration with a Liverpool-based shelter for women, Williams unveiled an upcycled denim look crafted with old Yoox prototypes. The denim was unstitched to create a completely new silhouette and screen-printed with illustrations by Giorgia Chiarion.

“Upcycling is a passion of mine,” the designer said. “I love taking something that has been discarded and giving it some time, working to make it desirable.”

Ksenia Schnaider, who hails from Ukraine, transformed a men’s evening suit into women’s coveralls. “We used every part of the formal suit, even the lining and the inside pockets,” she explained. “It was a lot harder than I thought: we had to unstitch every small detail.”

For Cora Bellotto, who launched her Milanese label in 2017, it’s up to young designers to pave the way toward sustainability. “We’re influencing the big brands, it’s really happening,” said the Fashion Revolution affiliate, who has always worked with sustainable fabrics such as hemp and linen, as well as techniques like zero waste design. “For me, it’s super important that I put my values in my work.”