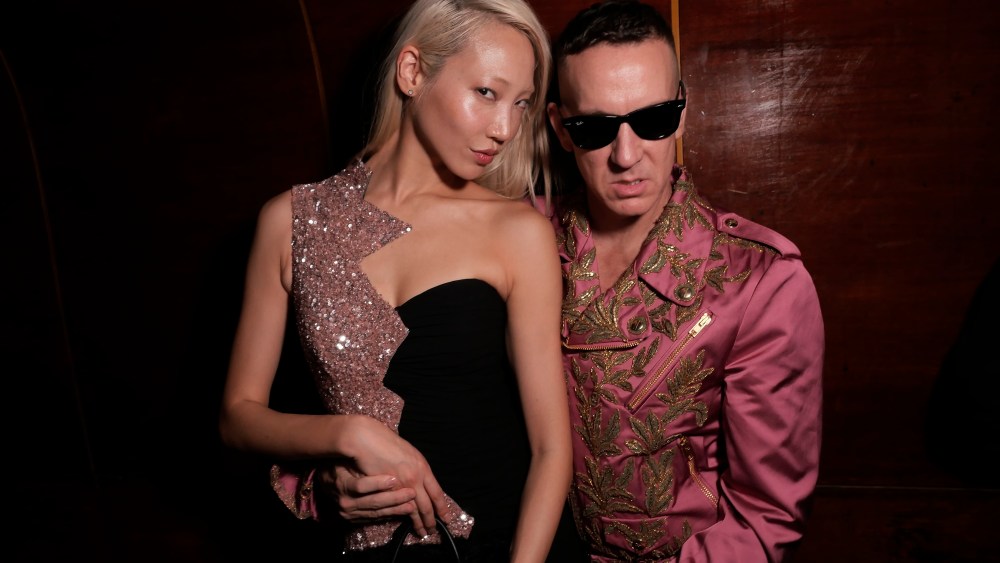 ITALIAN TRIBUTE: Vogue Italia took over Milan’s Cinema Manzoni on Friday night to pay tribute to legendary Italian musician Mina Mazzini, who is the focus of the magazine’s October issue. The issue features a range of fashion shoots showing famous models, including Gisele Bündchen, Carla Bruni and Mariacarla Boscono, posing as Mina — she dropped her last name as an artist —  in different stages of her life and career and captured by international photographers, such as Luigi & Iango, Giampaolo Sgura and Dario Catellani.

“I don’t know Mina, unfortunately. But I’m excited to learn about her, the pictures are fabulous. The pictures are amazing, they did an amazing tribute,” said Jeremy Scott, who was among the guests at the party, which included a live performance by drag queen Violet Chachki and a gospel choir.

Asked about his favorite Mina song, designer Francesco Scognamiglio mentioned “Ma che m’hai imparato a fa.” “It’s a great Neapolitan song she covered and that our Maestro Gianni Versace used for his Atelier runway show in Paris in 1993 and which has been the most emotional moment of my life,” he said.

Mina is not only a music legend, but she has always been a style icon and a muse for many Italian women in the Sixties and the Seventies.

“My mum always liked to play with make-up and there was a moment when she wanted to reproduce Mina’s beauty style,” said Marco De Vincenzo. “I remember how she would listen to Mina’s songs and at the same time she would also do her make-up… it was like having Mina at home.”

Mina also means family memories for MSGM founder and creative director Massimo Giorgetti. “Mina’s songs were the soundtracks of my family trips to the mountains… she really means mum, dad, my childhood,” he said. “Mina is also pure entertainment, a force of nature.”

While she doesn’t know Mina, American singer Ashlee Simpson joined the party later in the evening. “We have an album coming out together, my husband [Evan Ross] and I,” she said. “We have three songs out right now, but we have a show together, called ‘Ashley and Evan’, and it’s on E! network. So yeah, we’re working on that and every episode we release a new song.”