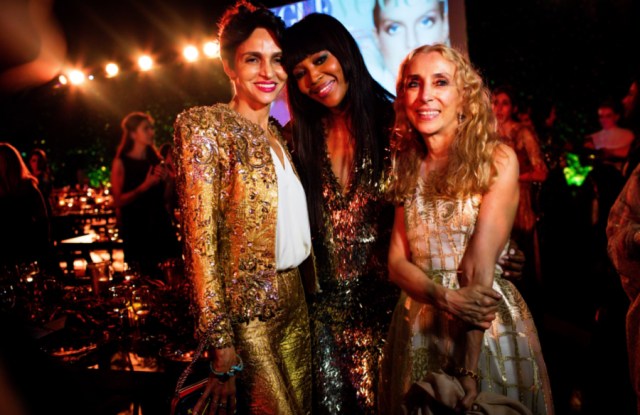 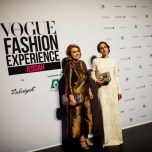 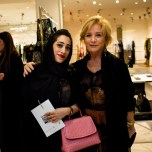 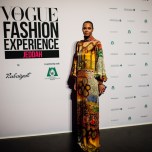 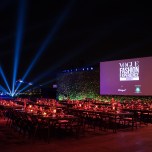 The forum to support Saudi women designers showcased the country’s design talent who competed for a chance to win a trip to Milan. The event culminated in a women’s only gala charity dinner hosted by Princess Adila Bint Abdullah Bin Abdulaziz at her private beach outside Jeddah. In an unprecedented move, the princess invited foreign media into her home for interviews: “I hope now we will make more of an effort to show Saudi society,” she told WWD. “It’s important for us to have more reporters coming in to see for themselves how women are influencing life and society in Saudi Arabia. You’ll see we work in all aspects of life — in factories, as sales people, as ceos and in government. Fashion is highly regarded in our country, and it’s the perfect platform to also help highlight our humanitarian causes.”

For Sozzani, the Middle East is familiar terrain: She’s hosted an annual Vogue Fashion Experience in Dubai for the last three years. She didn’t have any hesitation in taking the event to Saudi Arabia, the most conservative country in the region, she said.

“I was very curious. It’s such a huge country,” Sozzani said of when she was approached to bring the event, which is a part of her Vogue Talents platform that supports emerging designers around the world, to Saudi Arabia. “What I like here is that women have such an incredible energy; that is really misunderstood by the public opinion. I saw that the women here are so strong and I liked that. They also have respect for the tradition. To me seeing a woman putting [on] a veil isn’t humiliating. But when I see women wearing nothing and dancing on tables at the age of 50 just to get a few more followers on Instagram, that is humiliating. The women here are much more elegant than in any other country.”

Wafaa Abbar, president of Rubaiyat, owns and operates more than 250 luxury brands in the region through the company’s flagship department store in Jeddah. “Saudi women love fashion, know what they want and often come to us asking for things we don’t know about,” she said, citing the high usage of social media in the country. Many local brands retail off of Instagram accounts and take orders via Whatsapp. By supporting emerging designers, the company hopes to elevate the local designers.

Sozzani, along with Vogue Italia fashion editor Sara Maino and a jury including Silvia Fendi and Ferretti, selected two winners of the Saudi Talents competition. Nora Aldamer, currently a student at The New School’s Parson School of Design in New York, was selected as the winner and will get the opportunity to showcase her line, Chador, at Palazzo Morando during Milan Fashion Week in September. Mariam Bin Mahfouz and Nouf Hakeem of Haal Inc., an experimental collection of abayas, or traditional dress, received a special appreciation from the jury and will also have the opportunity to take part in an event organized by Vogue Italia next fall in Milan. Alaa Balkhy, who has created a Pop art icon of a veiled woman with her brand Fyunka, will get to collaborate with the Italian brand Carpisa, facilitated by Vogue.

Sozzani is committed to the region and supporting talent from the Middle East. “I’ve had a house in Marrakesh for 26 years. I’m very comfortable in this part of the world,” she said. “It’s a lot like Italy. People are warm and friendly.”

The next edition of the Vogue Talents scouting will take place in Qatar.