Raf Simons, Alber Elbaz, Tory Burch and Paolo Roversi were among the guests. 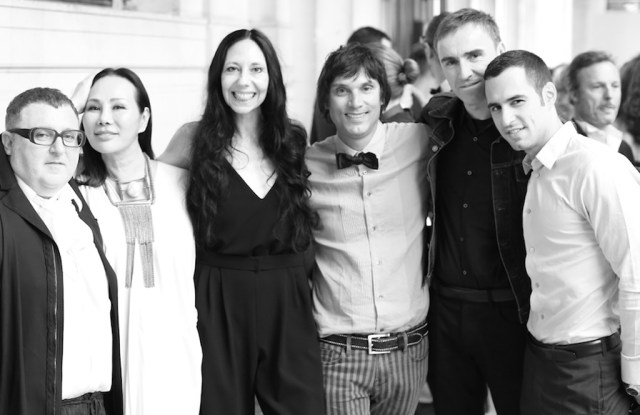 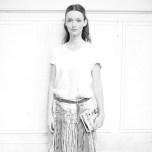 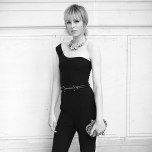 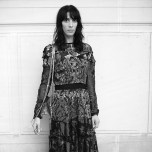 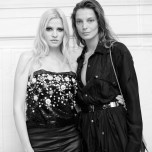 MIDSUMMER NIGHT’S DREAM: With picture-perfect weather, it was the type of Parisian summer night that Emmanuelle Alt, editor in chief of Vogue Paris, had dreamed of for the second Vogue Paris Fashion Fund gala.

Rising French actor Raphaël Personnaz was just back from Siberia, where he shot a film by director Safy Nebbou, an adaptation of wilderness trekker Sylvain Tesson’s book “The Consolation of the Forest.” It costars bears and wolves.

“It was minus-45 degreed Celsius around the Baikal lake. It was like being on the moon…. It makes you like beautiful things like [tonight’s event] even more,” he said, sporting an impeccable Prada suit.

Curator Olivier Saillard was able to buy 200,000 euros, or $220,844 at current exchange, worth of clothes, photographs and illustrations for the fashion museum, where he is director, thanks to the grant raised by the Vogue Paris Foundation.

“I would buy vintage Alaïa and a Man Ray photo,” mused Campbell, wearing an Alexander McQueen dress and jewelry.

“I would buy an Aston Martin first,” Roversi said, “and then young designers like Martine Sitbon,” he added, while flashing her a smile.

Saillard had acquired eight of Sitbon’s creations with the recent grant.

“Next, she will have a room in the Louvre, next to the Egyptian antiquities,” Roversi teased.

Marc Ascoli has a book on Dior makeup in the works, set for release next year.

“They are beautiful photos by Serge Lutens and Paolo Roversi,” he said.

Audrey Marnay asked Roversi for recommendations for her upcoming family vacation in Puglia.

“I plan on taking burrata classes there, and then we open a restaurant together,” she joked.

“We will call it ‘Pizza Paolo,’” Roversi added. For his part, the photographer will go to California this summer.

Elbaz — who will spend time in Morocco — joined the conversation, saying to Marnay: “I saw your husband; he’s handsome, and I heard a really nice guy.”