By Luisa Zargani and Joelle Diderich on September 21, 2012
View Slideshow 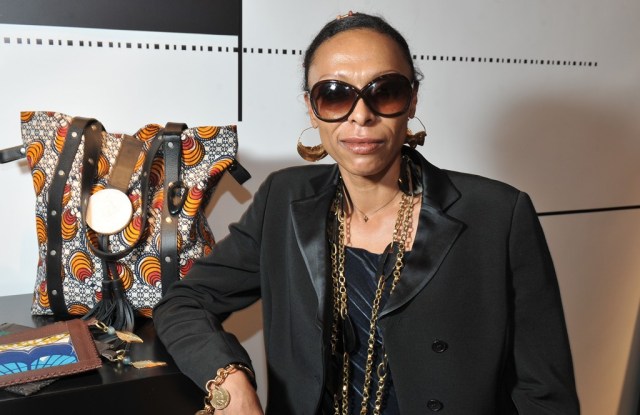 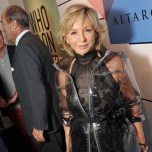 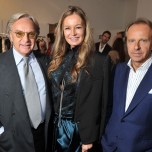 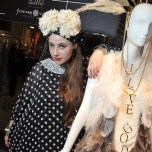 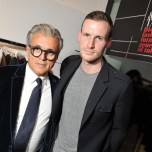 FIRST NIGHT: A host of Italian designers turned out on Thursday evening to support emerging brands at the Vogue Talents and Who Is On Next event, hosted by Vogue Italia and shopping outlet Fidenza Village.

Silvia Venturini Fendi, Alberta Ferretti, Vittorio Missoni, Luisa Beccaria, Giuseppe Zanotti, Tommaso Aquilano and Roberto Rimondi were among guests who checked out the exhibition featuring Italian and international designers, many of whom were showing in Milan for the first time — and had beginners’ nerves to match.

That had fashion veterans reminiscing about their most memorable experiences. For Diego Della Valle, it was a magazine shoot. “It was the first shoes that I designed when I was very, very young. When the people chose the shoes for an Italian magazine, at that moment I thought, ‘Wow, this is it,’” he recalled.

Moschino creative director Rossella Jardini cited a show for the now-defunct brand Cadette, designed by Franco Moschino. “I was so moved, I cried,” she said.

Fendi, meanwhile, had in mind a show at the Permanente Museum in the Seventies. “I got goosebumps on my back — Karl [Lagerfeld] and my mother [Anna Fendi] received a standing ovation. I realized how important it all was and I started thinking that maybe something like that could happen to me, too, in the future,” she said.

Vogue Italia editor in chief Franca Sozzani and her U.S. counterpart Anna Wintour toured the stands to chat to participants.

Wintour’s words of support left Kenyan designer Adèle Dejak visibly energized. “She was just very complimentary — I was really shocked,” she said. Dejak, whose brightly patterned handbags are 100 percent sourced and made in Africa, hopes the Vogue Talents event will prompt European buyers to pick up the brand, which is sold online at http://www.adeledejak.com.

Italian designer Eleonora Bruno was looking to catch the eye of Anna Dello Russo with her spectacular headdresses, featuring metallic gold spikes and brightly dyed vegetable feathers. “I’m waiting for her,” she quipped, adding that her creations, sold under the Ely.B. label, were inspired by “the saints and Mary Magdalene.”

“Obviously, being in Sydney, it is very environment-based. You spend a lot of your time outside in the sun, and therefore, I think the collection has that athletic, sexy undertone to it,” he noted.

Among the other brands on show were 10A, by Daria Dazzan and Matteo Cibic; Comeforbreakfast, by Francesco Alagna and Antonio Romani; LedaOtto, by Simona Cassai and Marta Saletti; Halaby, by Rome-based Lebanese designer Gilbert; Anne Sofie Madsen from Denmark; Thomas Tait from Canada; ‘Jewel’ by Lisa, by Nigerian designer Kisa Folawiyo; and Vega Zaishi Wang by Chinese designer Zaishi Wang.

Fidenza Village plans to open a new boutique, The Talent Store, in autumn 2013 to sell the work of up-and-coming designers.