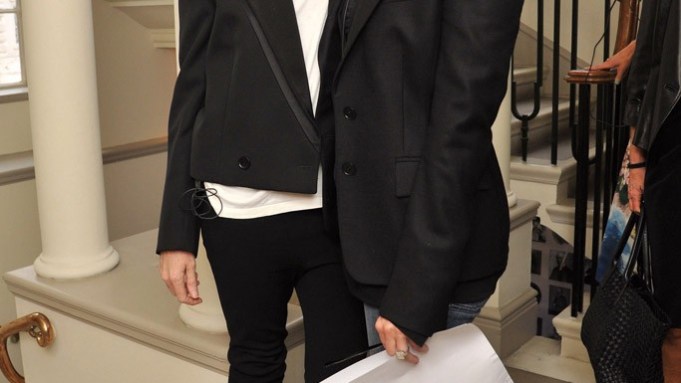 VOGUE’S FASHION FEST: British Vogue’s inaugural festival last week played host to a string of designers. Guests spanned from Tom Ford, Christopher Bailey and Stella McCartney — who was interviewed onstage by her pal Kate Hudson — to Domenico Dolce and Stefano Gabbana, Diane von Furstenberg and David Bailey. A spokeswoman for Vogue said that the title sold 2,720 tickets for events over the two days, and more than 3,000 people attended. The festival attracted guests from 33 countries outside the U.K., including those as far afield as Australia, the U.S., South Africa and Singapore.

The audience wasn’t afraid to level tricky questions. Following Christopher Bailey’s discussion with British Vogue editor Alexandra Shulman on Friday, one audience member asked the designer if he had felt tempted to take the until-recently vacant job at Dior. “I feel very happy, very content with my role at Burberry — I still feel it’s my baby in so many ways, we’ve gone through such a journey together. I love this brand, it means so much more to me than just my job,” he said, adding: “Raf [Simons] is someone I admire enormously…he’s going to be a rock star [at Dior].”

Later that day Shulman hosted a conversation with Dolce and Gabbana, during which they discussed their decision to close their D&G line and the prospects of doing a higher-end couture line. “We have now fine jewelry and we want to make something more special, more high, [so] it’s possible,” said Gabbana. They also mused on their multigenerational ad campaigns. “It’s about a sense of family,” said Dolce. “Fashion is interesting when it’s not just fashion, when it becomes a style, then it becomes forever.”