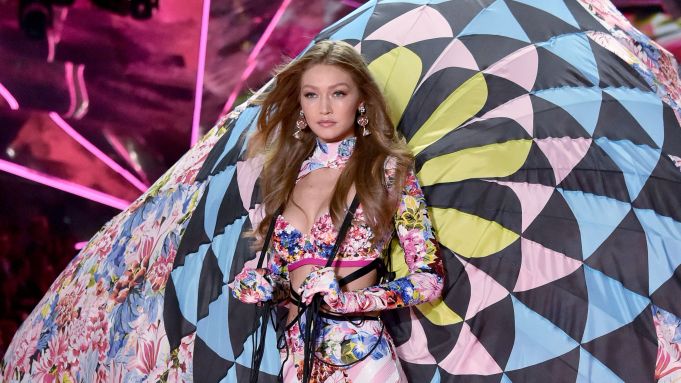 In the decade since starting her namesake brand, Mary Katrantzou has designed everything from sneakers to packaging for beauty products. One thing she’d never designed? Bras. So it came as a particular surprise when she got the call from Victoria’s Secret asking her to collaborate on a collection to be presented tonight at the 2018 Victoria’s Secret Fashion show.

“It’s so unexpected, it’s so interesting,” Katrantzou said on Wednesday night at The Plaza in New York at one of the many 2018 Victoria’s Secret Fashion pre-game events, including the unveiling of the Swarovski-made Fantasy bra on Monday evening (also at The Plaza). “Sometimes you have certain things you want to happen and you manifest to happen and this something that came out of nowhere.…That conversation [with Victoria’s Secret] was interesting, just because of the values we both share about empowering women.”

Katrantzou said she was especially compelled to work with the lingerie giant to collaborate on the technical aspect of designing women’s underpinnings. “That was the exciting part. You always think of the anatomy of a woman when you design and how you create a second skin for the woman,” she said. “Perfecting the fit, you want to do the best you can. You want to have the technical expertise to do it, so we learned a lot.”

The collaboration has even encouraged Katrantzou to switch up her game a bit more for her eponymous line. “The relationship you have with your underwear is so different, that when you’re designing you want to feel comfortable. It’s made me look at a woman’s body differently. I wanted to look at our own collection and start to open things up a little bit — be a little more revealing.”

Katrantzou’s bras and underwear will be revealed on the runway at the show, which is being held at Pier 94 in Manhattan.

And in case you were wondering, yes, there will be wings. Sort of.

“We made our version of a wing,” teased the designer. “Ours are not exactly wings, I guess. They’re more like parachutes. So, I was like, she’s still flying, but differently.”