The crowd at the opening party of the Louis Vuitton flagship in Dallas had only one complaint — they wanted more merchandise. 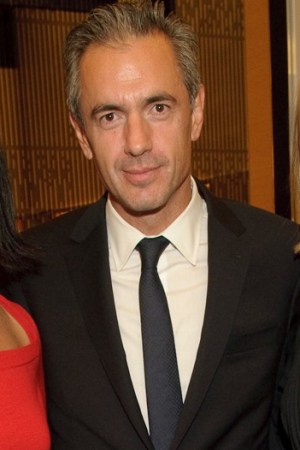 VUITTON PLEA: The Champagne-quaffing, caviar-nibbling crowd at the opening party of the Louis Vuitton flagship in Dallas had only one complaint — they wanted more merchandise. “I love Louis Vuitton,” said Kimberly Schlegel Whitman, who lent her name to the Thursday evening fete as hostess. “I wish they had the clothing here. I’m going to try to talk them into it.” Daniel Lalonde, president and chief executive officer of Louis Vuitton North America, heard the same plea from so many well-heeled women, including Kary Brittingham and Tina Craig, that he was mulling it over. “It wouldn’t be that hard to do,” he said later that evening at a private dinner in the cozy wine cellar of The Mansion on Turtle Creek. “We have space for a mezzanine.” Brittingham, for one, was feeling the urge to spend. “I am so ready for this economy to be over,” she said. “I want to go shopping and not feel guilty about it.” With the Dallas store open, Lalonde and his team have turned their attention to the three-level 17,000-square-foot flagship opening Dec. 3 at CityCenter in Las Vegas. It will stock the brand’s full product range, including clothing. “It’s unique,” Lalonde said. “It has a lit facade and will be one of our top three largest stores in North America.”

OF MAKEUP AND MAMMALS: Olivier Theyskens, Marc Jacobs, Daphne Guinness and hundreds of models partied at Industria Studios on Thursday to celebrate Nars’ 15th anniversary project 15X15. Meanwhile, uptown, Kathy and Tom Freston hosted a soiree for Jonathan Safran Foer’s new book, “Eating Animals.” Safran Foer, a vegetarian, thanked Kathy, a vegan, for her continued support. “She’s been a role model as someone who’s fiercely political but not fiercely annoying,” he said to a group including Elvis Costello, Liev Schreiber, Bobby Flay and Katie Lee Joel. That said, the author continued, Kathy’s contribution only goes so far. “If the only thing that comes out of this book is meeting, Kathy, it’ll be a catastrophic failure,” he said in jest.

BUNNY GIRL: Wanting a pony is so last decade. Katie Hillier, the British accessories designer who created the “Daddy I Want a Pony” beaded belt for Luella’s 1999 show — and has designed for Marc by Marc Jacobs, Stella McCartney, Giles Deacon and Salvatore Ferragamo — has launched her first necklace under her own name in the form of a gold paperclip bunny rabbit pendant with a diamond eye. The rabbit, which lands in Dover Street Market and Matches boutique in London and Colette in Paris on Monday, clips onto a delicate 18-karat gold chain and retails at 795 pounds, or $1,325.

HOUSE FIRE: While designer Peter Nygard was in New York to toast the opening of his new Times Square store last week, his multimillion-dollar Mayan-themed home near Lyford Cay in the Bahamas was badly damaged by fire. The complex’s multistory “tree-house” as well as several other buildings in the northern and southwestern sections of the compound were “fully” engulfed in flames, according to the Nassau Guardian newspaper. The 150,000-square-foot resort, which sits on 4.2 acres on Nygard Cay, has 22 bedrooms, two beaches, three illuminated beach volleyball courts, a tennis court, a basketball court, a disco, three boats and a 24-seat movie theater. There’s even a human aquarium. The complex has been featured on Oprah Winfrey’s television show as well as “Lifestyles of the Rich and Famous,” and has entertained scores of celebrities and heads of state, including the elder George Bush, Sean Connery and Robert De Niro. A little over two weeks ago, Nygard had approached Bahamian officials about converting the home to an (even more) uberluxury development for upscale visitors, a plan believed to be a cause of concern to some in the local area.

GRAZIE MILLE: Having just passed the one million mark for members, Ideeli’s ceo Paul Hurley is thanking his flock and new visitors with nearly $15,000 worth of prizes. The first U.S. invitation-only, sample sale site has partnered with Adam, Bliss, Tumi, Delano, Greenjets and Live Nation/House of Blues for a grand prize package and assorted weekly giveaways. Newbies can sign up to try their luck for the “Thanks a Million” initiative, which runs today through Feb. 1.

STEPPING DOWN: Saks Fifth Avenue’s longest-serving employee, Nena Ivon, is retiring after 53 years at the Saks store on Michigan Avenue in Chicago, where she started as a sales associate in “debutante sportswear,” now called contemporary sportswear, rising to fashion director and last serving as manager of special events. “I’m not going to tell you my age, but I started at Saks in 1956 when I was in high school,” Ivon said. “I want to write a book about what I have done over the years and the fun I had with designers, the store and the city of Chicago. Retail is retail. It hasn’t changed. We still sell clothes, but how we do it is different.”

She introduced many top designers to Chicago including Norman Norell, Stan Herman, Carolina Herrera, Ralph Lauren, Oleg Cassini and Emilio Pucci, typically staging fashion shows to sell clothes and support charity. Among her most memorable events was a Christian Lacroix show in 1989 in the lobby of 190 South Lasalle in the financial district. “He decided he didn’t want to use live models. I didn’t know this until a week before,” Ivon recalled. “He wanted mannequins on a stage, in 50 outfits, on live sod….it was extraordinarily dramatic.”