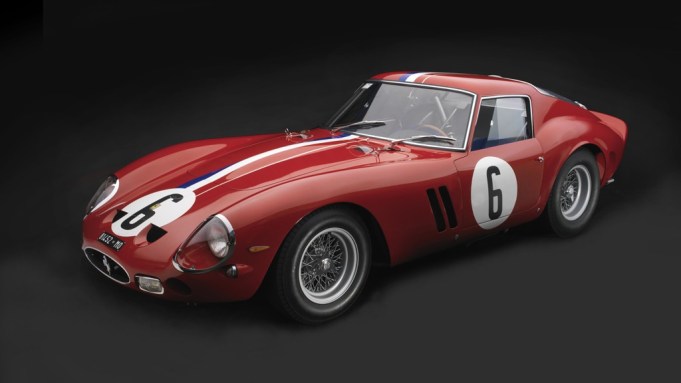 Quizzing the couple, Vuitton chief executive officer Michael Burke asked Miller if jealousy ever flared over her husband’s devotion to his hobby. “No, it’s his first love — cars,” Miller said to a round of knowing chuckles amidst the enthusiasts in attendance.

Having made trunks for the first motorcars, Vuitton maintains its ties with the automotive world through such awards, rallies and other prestigious events.

Burke confessed he was smitten with the night’s Concept Award winner: a sinuous Peugeot Onyx diesel-electric hybrid with gleaming copper body panels and a minimalist interior in oatmeal-colored felt. “When can I buy it?” he asked Peugeot executives Jean-Pierre Ploué and Gilles Vidal. “In 40 years’ time,” they shot back.

Turns out a designer trained in fashion came up with the color and trim concepts for the Onyx, which also boasts a dashboard made of compressed newspapers — Dutch ones, in fact.

The Vuitton event coincides with a vintage auto fair called Retro Mobile at the Paris Expo Porte de Versailles, which kicks off today and runs through Sunday.