By Samantha Conti
with contributions from Fiona Ma
on May 1, 2019

LONDON – Wales Bonner has won the 2019 BFC/Vogue Designer Fashion Fund, an annual prize that comes with 200,000 pounds in cash and a year’s worth of mentoring and support from members of the industry.

Wales Bonner, designed by Grace Wales Bonner, was picked from a shortlist that included a broad range of creative businesses, from jewelry to footwear to men’s and women’s wear, with brands including A.W.A.K.E. Mode, Alighieri, Charles Jeffrey Loverboy, David Koma, Neous and Rejina Pyo.

“Wales Bonner is one of the most promising creatives in the world right now,” said Caroline Rush, chief executive officer of the British Fashion Council. “The judging panel was impressed by her exceptional talent for storytelling and craftsmanship and we look forward to seeing her grow.”

Wales Bonner graduated from Central Saint Martins in 2014, and the following year she was awarded the Emerging Men’s Wear Designer prize at the British Fashion Awards. In 2016 she received the LVMH Young Designer Prize. She has presented her collections at the Serpentine Gallery and the Victoria and Albert Museum, and has lectured at Parsons in New York. Her collections are sold at retailers including Dover Street Market, Selfridges, 10 Corso Como, and Joyce. 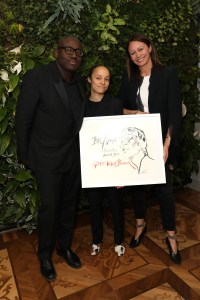 The award was announced Wednesday during a lunch at the private members’ club The Conduit. Following the event, Wales Bonner said she would use the six-figure sum to build up the brand’s infrastructure, and hire some more staff, including a finance manager. She also said she’d be working with the BFC and the industry mentors to hammer out a business plan and set out a strategy for the next three years.

She said her staff is just four people and she’s eager to make key hires: “We’re stretched right now, and the prize will give us the security and stability to develop,” she said. Having launched as a men’s designer and later introduced women’s wear, Wales Bonner said she plans to build both categories.

“The women’s wear has been successful, and has had more visibility and we’re moving towards an place where both collections will be equal,” she said. Earlier, she told guests at the lunch – a mix of designers, editors and judges – that she was “grateful to be part of London’s fashion scene.”

Established in 2008, the BFC/Vogue Designer Fashion Fund aims to discover new talent and accelerate growth over a twelve-month period. Although some of the labels on the shortlist are new, others are more established, have secured investment and are looking to take the next step in business. 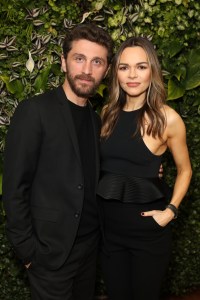 Before announcing the name of the winner, Enninful said he was pleased to see a range of businesses on the finalists’ roster: “women’s wear, accessories, gender neutral – this is London, right? It’s proof of the incredible pool of talent here,” he said.