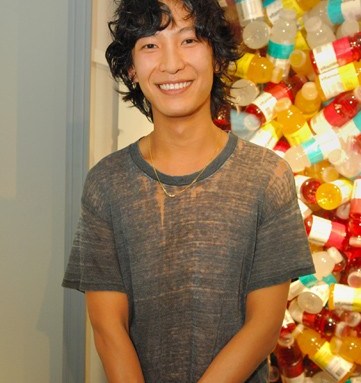 Alexander Wang finally got a chance to kick back and enjoy Tokyo Thursday night, attending a party thrown in his honor by trendy Aoyama boutique Adelaide.

“It’s been a very exciting, fulfilling trip,” he said, after mingling with model Ai Tominaga and a host of local fashion editors. “I worked and I slept. Tonight is the first night I’ve gone out.” Wang said he spent much of his Tokyo sojourn with people from Shiseido. Wang and the Japanese beauty giant co-developed 12 items for the Maquillage makeup line including lip gloss, lipstick and eye shadow. It will be launched in Japan and select Asian countries come July. This was the designer’s fourth trip to Japan, his largest market outside the United States. Although he didn’t have time for much sightseeing this time around, he mentioned he’s a fan of the quaint shops and cafes in the hilly Daikanyama neighborhood.