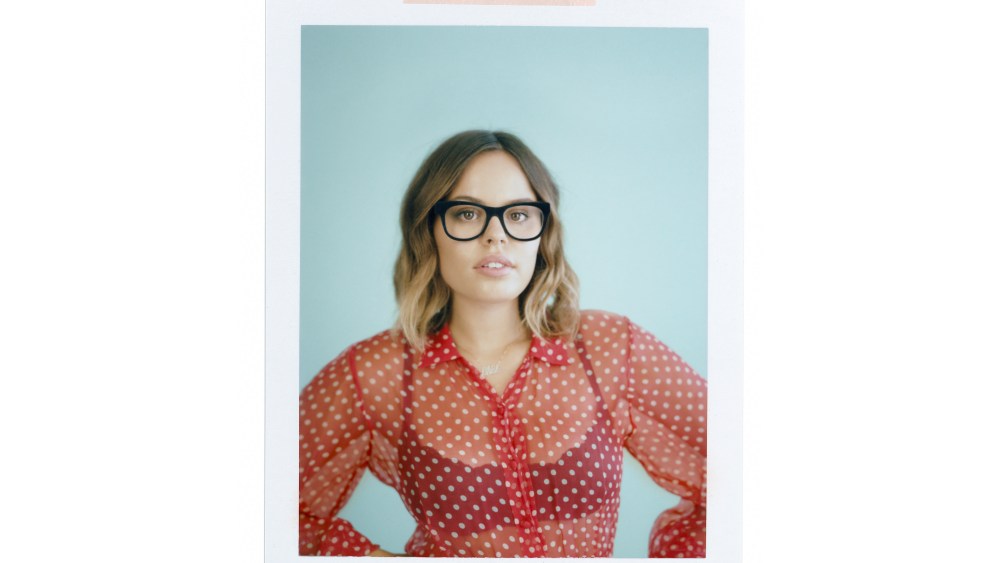 Warby Parker will continue its habit of signing unconventional collaborators. The eyewear brand has now partnered with multihypenate Amanda de Cadenet on two styles, both sun and optical.

The designs are named for her twin children. The Ella optical style has been designed in jet black. The Silvan style — designed for optical and sun — is fabricated in a translucent Peony, finished with silver-mirrored lenses for sun.

The collaboration — priced at $95 and upward — hits stores today, as well as Warby Parker’s web site.

De Cadenet is known for her photography and television work. To mark the collaboration, Warby Parker has made a donation to de Cadenet’s #girlgaze project — a web site and digital platform that celebrates imagery by female creatives. Inez Van Lamsweerde, Amber Valletta and Collier Schorr are among those who sit on its panel.

De Cadenet said of her project with Warby Parker: “I’ve worn glasses for a long time and knew that, eventually, I wanted to design my own pair that was both affordable and chic. There was no better brand to turn to than Warby Parker; our ethos is so aligned, and they’ve been a dream to work with. I’m proud that our collaboration frames are gender neutral and named after my twins, son Silvan — who chose the pink frames — and daughter Ella — who chose the black frames.”

Added Warby Parker cofounder Neil Blumenthal: “Amanda’s strength, wit and eye make her an amazing creative partner; she personifies substance and style. With #girlgaze, she’s bringing more voices into the fold and going above and beyond for the next generation of creatives with typical thoughtfulness.”

Warby Parker has a history of collaborating with intriguing, behind-the-scenes personas — rather than big-screen celebrities. The company has previously teamed with Into the Gloss founder Emily Weiss, Lula magazine founder Leith Clark and model Karlie Kloss.