Watson Works Her Magic – Once Again – For Burberry

Emma Watson has returned to London for her second Burberry ad campaign. 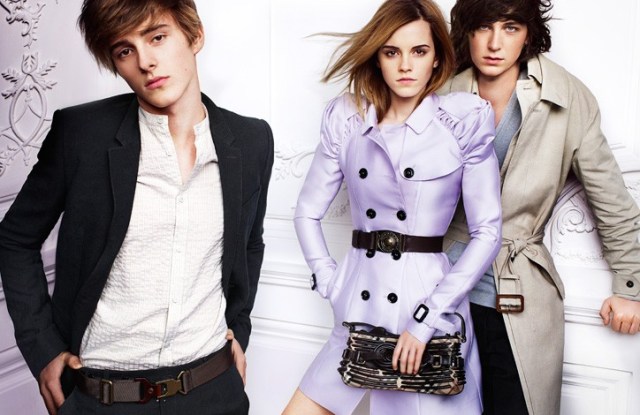 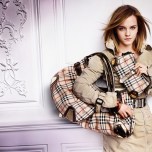 WATCHING THE WATSONS: Talk about rubbing gabardine elbows with the right people: Alex Watson, the 17-year-old brother of “Harry Potter” actress Emma Watson, makes his modeling debut in Burberry’s spring ad campaign thanks to his elder sister, who is appearing in the brand’s ads for the second time.

According to a Burberry spokesman, chief creative officer Christopher Bailey met Alex through Emma, and “loved their dynamic, their brother and sister energy,” so he decided to take a chance and use him in the campaign. Alex, who has the same sharp chin and fierce brows as his elder sibling, has since been signed to Storm, Emma’s agency.

Shot by Mario Testino on a London set that’s been made to look like an 18th-century townhouse, the campaign features looks from the three Burberry collections: Prorsum, London and Brit. Images from the campaign, and a video with Bailey, the Watsons and the other models, appeared Tuesday night on Facebook.

“We always talk about how much fun we have making these images, and I wanted to capture some of the excitement that you feel on set when all these different creative attitudes and personalities come together,” said Bailey. “Mario has shot these as both stills and video so we can share some of that energy with a wider audience.”

The campaign will break later this month in the February issues of titles including Vanity Fair, Vogue and W, WWD’s sister publication, and in the British editions of GQ, Esquire, and Vogue. It will also be available to view on burberry.com, Twitter and YouTube. — Samantha Conti