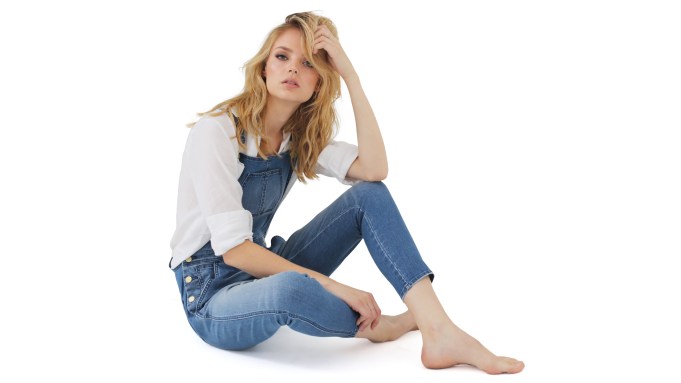 Danielle Bernstein, the blogger behind We Wore What, loves overalls so much she refers to them as a “second skin.” Hence the name of her new collection, Second Skin Overalls, set to launch Thursday.

Though it’s not Bernstein’s first time dabbling in design — most recently, she collaborated with swimwear label Onia on a capsule collection — it’s the first collection of her own and entirely self-funded.

Bernstein, who has more than 1.5 million Instagram followers, said she wanted to create a space devoted to overalls, which have been considered a sort of novelty item within the denim landscape. “Second Skin Overalls is an opportunity for me to create something extremely niche that doesn’t exist in the market,” she said. “I have been fortunate to work with so many brands and retailers over the past five years. Creating something from soup to nuts was not only a personal goal, but also an organic evolution of the We Wore What brand.”

Bernstein had always collected overalls, from high-end to vintage. Her first collection, dubbed “The Basics,” features five styles — from high-rise flares to oversize culottes to a Seventies-inspired jumpsuit — in black-and-blue denim blended with cotton and Tencel. “The idea that they have stretch but don’t stretch out was super important to me,” she said. “I also wanted them to be flattering for every body type — we gave each style an ultrahigh and cinched waistline and a butt shape that gives you lift.”

Future collections will include a broader range of fabrics, including leather, lace and silk.

Second Skin Overalls, which range in price from $185 to $230, will be sold on shopspring.com and secondskinoveralls.com as of Oct. 20.