Sony Music and its in-house merchandising company is launching a line of T-shirts at Barneys. 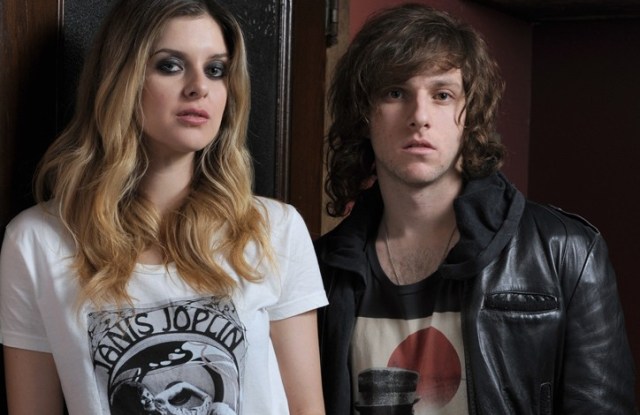 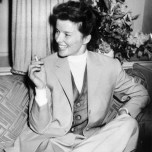 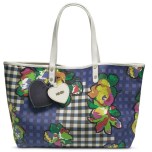 WEAR OLD ROCKERS GO — A T-SHIRT: Sony Music and its in-house merchandising company, The Thread Shop, will launch a line of T-shirts at Barneys New York next week called Archive 1887 — a new brand inspired by music history dating back to 1887. The T-shirts for men and women will feature rare photos and never-before-seen artwork from the Sony Music archives, with images ranging from Janis Joplin and Bob Dylan to Sly and the Family Stone, David Bowie, Lou Reed, Miles Davis and Johnny Cash. Sony owns most of the images, but the entertainment conglomerate reached out to all of the artists and their estates for permission to use any images they did not own, as well as renowned rock ’n’ roll photographers Jim Marshall, Don Hunstein and Mick Rock, a spokeswoman said. The T-shirts will retail from $49 to $58. Each will have a hangtag with an online code that can be entered at archive1887.com to unlock a streaming playlist of the music catalogue of each artist featured. In addition to the online code, every T-shirt includes a key that can be worn as a necklace or charm. Distribution will later be expanded to better department stores and specialty boutiques across North America, Europe and Asia.

BABY PINKS: Was Azzaro creative director Vanessa Seward dropping a hint when she included a little girl’s dress in her capsule fall 2010 collection for La Redoute? Seward, 40, gave birth in Paris on Monday to a baby girl, named Jacqueline. Both mother and daughter are doing fine. Seward is married to music composer and producer Bertrand Burgalat.

BOOKISH MEMORIES: While details about the festivities for Roberto Cavalli’s 40th anniversary in the fall are still under wraps, the designer and his wife, Eva, are putting together a celebratory tome that will retrace four decades of the designer’s unapologetically sexy fashion and animal-print glory through numerous fashion shoots with models and stars. The book is slated to be published in October. Will it come with a leopard-print cover?

LIVE FROM NEW YORK: “Saturday Night Live” cast members Kristen Wiig, Fred Armisen, Jason Sudeikis, Jenny Slate and Nasim Pedrad sang “Happy Birthday” to Kenan Thompson at the John Varvatos boutique on New York’s Bowery on Monday. They all came to support photographer Mary Ellen Matthews, whose portraits of the show’s hosts and musical guests are on exhibit at the store. “With Jay-Z, I had about a minute, but all of us at the show know how to work under those conditions,” said Matthews. She indicated a shot of Will Ferrell in a bed of daisies as her favorite.

The cast members were still reeling from their last episode, with Betty White. “It was a show like no other,” said Wiig. “I still can’t believe it. I can’t find the right words. It was amazing.”

NASHVILLE SKYLINE: Though the area has been hit hard by flooding, that didn’t stop the students of O’More College of Design, in Franklin, Tenn., from putting on their annual fashion show Thursday night. Zang Toi served as this year’s judge, and the students showcased their designs for a crowd of 800 at the Tennessee Performing Arts Center in Nashville. The graduates also contributed to a pop-up shop featuring their designs, which was open to showgoers.

ON NEXT: Who Is on Next, the Italian-organized competition for emerging men’s designer lines, named the finalists for its second annual edition, to be presented at the Pitti Uomo fair in Florence in June. The prêt-à-porter finalists are Camo, Dead Meat, FQR and Maurizio Miri. And for accessories: AI, Ozona, Pierre-Louis Mascia and Yuji Miura. Last year’s winners were Umit Benan and Max Kibardin.

ALL ABOUT KATE: Screen legend Katharine Hepburn would have celebrated her 100th birthday today, and Dillard’s is throwing her a party. The St. Louis-based division of the retailer will host Lunch With Kate, a tribute to the actress’ influence on fashion, to benefit Kent State University Museum’s exhibition, “Katharine Hepburn: Dressed for Stage and Screen,” which will open Oct. 20. The exhibit at the Kent, Ohio, university will feature the personal and stage apparel bequeathed to the museum from the estate of the late actress. Dillard’s is putting together a fashion show for the event that will include 2010 styles that are reminiscent of the trademark looks Hepburn made famous. The U.S. Postal Service also will unveil a new commemorative Hepburn stamp at the luncheon.

ANNIVERSARY STYLE: Who doesn’t like flowers for their birthday? To fete its 40th anniversary, Kenzo this weekend will release commemorative canvas shopping bags and pouches in the Vichy and floral prints that have become brand signatures. The festivities will continue into fall, when the label, which is known for its knits, will release a knitting kit.