White Knight for Lacroix?… Back to America…

Umberto Angeloni expressed a sentiment not widely heard since The Crash: commitment to the American market. 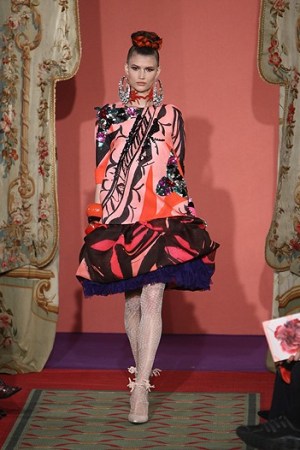 WHITE KNIGHT?: A Christian Lacroix spokeswoman declined comment Monday on reports that turnaround firm Bernard Krief Consultants plans to bid for the troubled couture house, which is in administration. Hailing Lacroix as part of France’s cultural heritage, Krief said it was the sole contender and would table its offer July 27. Lacroix’s owner, Florida’s Falic Group, plans to seek a buyer until the end of July, or activate a restructuring plan that could see the workforce cut to 12 from 124, effectively reducing the 22-year-old fashion house to a licensing operation. Recently, Krief was among bidders for bankrupt fast-fashion chain Morgan, and it bought the troubled textile firm DMC out of administration.

This story first appeared in the July 21, 2009 issue of WWD. Subscribe Today.

BACK TO AMERICA: On Sunday night during a dinner in honor of his new sartorial brand Caruso, ex-Brioni chief executive officer Umberto Angeloni expressed a sentiment not widely heard since The Crash: commitment to the American market. “This is still the country where you prove your worth,” he said. “Everyone talks about developing countries and China, but consider that 10 percent growth there is equal to one percent here. This is still the leading luxury market in the world.”

Those were likely welcome words for the dinners guests, who included heads from Mitchells, Boyds, M Penner and Levy’s. But Angeloni knows Caruso’s success in America will not be easy. The dinner — held atop the Hearst tower (Esquire magazine was a co-host) — was inspired by the 1982 Werner Herzog film “Fitzcarraldo,” in which a German entrepreneur takes to the wilds of the Amazon jungle to complete a daunting task, and in the process uses the music of Italian tenor Enrico Caruso to win over the aggressive natives. Like the protagonist, Angeloni will be tasked this market week with using his skill and wit to charm another hostile environment: contemporary American retail.