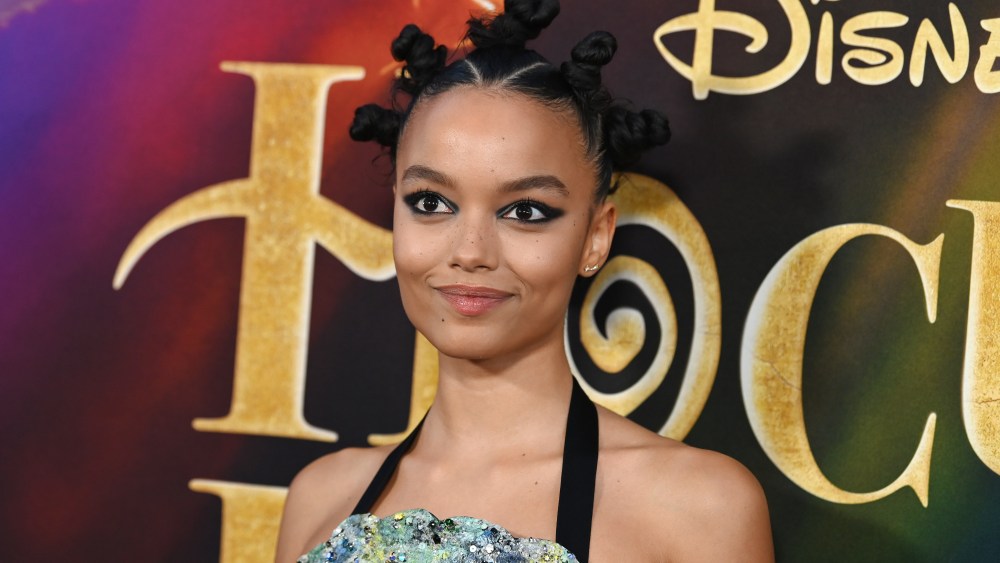 Peak attended the premiere of her new film, Disney+’s “Hocus Pocus 2,” walking the red carpet in a look from the Chanel fall 2021 couture collection. Her look was a multipattern floral appliqué knee-length dress accented with a black ribbon.

This is Peak’s latest project since she had her breakout role in HBO Max’s “Gossip Girl” reboot, which premiered last summer.

Peak is a Chanel brand ambassador and was appointed to the role last year. Earlier this year, she joined Lily Rose Depp and Margaret Qualley in a campaign for the design house’s Chanel 22 purse.

She’s worn several other standout Chanel looks over the last year, including at the 15th annual Chanel and Tribeca Artists dinner hosted during the Tribeca Film Festival in June. For the event, Peak wore a gray and black tweed jacket and matching shorts from the Chanel fall 2022 collection.

Peak’s previous projects include roles in “Chilling Adventures of Sabrina” and the 2017 film “Molly’s Game.” She is set to appear in season two of “Gossip Girl,” which has not yet revealed a premiere date. “Hocus Pocus 2” premieres on Disney+ this Friday.