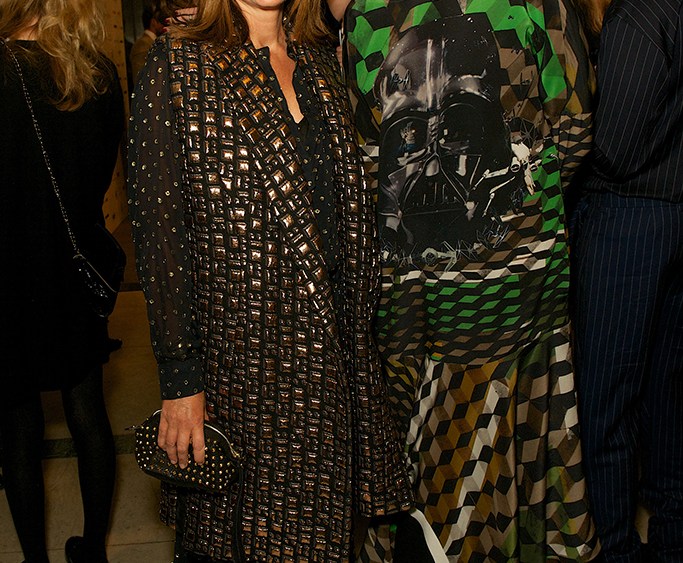 WONDER WOMEN: Women from fields as diverse as politics, fashion, television and social enterprise gathered at London’s Goldsmith’s Hall to celebrate the Women: Inspiration & Enterprise (WIE) Awards earlier this week. The awards aim to honor “trailblazing women,” and those given the nod this year included Natalie Massenet, executive chairman and founder of Net-A-Porter and chairman of the British Fashion Council, who won the Enterprise award; Kenyan-born model Malaika Firth, who won the Exemplar award, and actress Joanna Lumley, who won the Campaign award for her work in support of the Gurkha Justice Campaign, on behalf of Gurkhas, soldiers from Nepal who served in the British army but who are now based in the U.K..

And naturally, the winners passed on a few words of wisdom to the audience as they collected their Malone Souliers-designed award. Massenet noted that she always tells young entrepreneurs to “follow your instincts – [other] people will always try and talk you out of doing things.” And co-host Miriam González-Durántez, an international lawyer who also happens to be the wife of Nick Clegg, leader of Britain’s Liberal Democrat party, gave a stirring speech about her work with the Inspiring Women initiative, which works with girls in U.K. public schools. She said that her ambassadors, who spend time with schoolgirls, “encourage them not only to dream high but also to work hard because no matter how high you dream, nothing happens without hard work.” Other fashion industry award-winners included Caroline Issa for the Style Award, London College of Fashion’s Professor Frances Corner for the Education Award, Jenny Holloway, founder of non-profit Fashion Enter for the Community Award, and 106-year-old Irene Sinclair, who became a face of Dove in the Nineties, for the Lifetime Achievement Award, while Charlotte Stockdale won the Creative Vision Award.

Ahead of the awards there was a runway show for the Legacy Collection, designs by students from the London College of Fashion and Parson’s The New School for Design, in collaboration with artisans from locales such as Mongolia, Ethopia, India and Papua New Guinea. The same collection was shown in September at a runway show held at the United Nations Headquarters in New York. There, a panel of judges picked three winning designers from the show, whose collections will appear in the windows of Liberty in London in July.