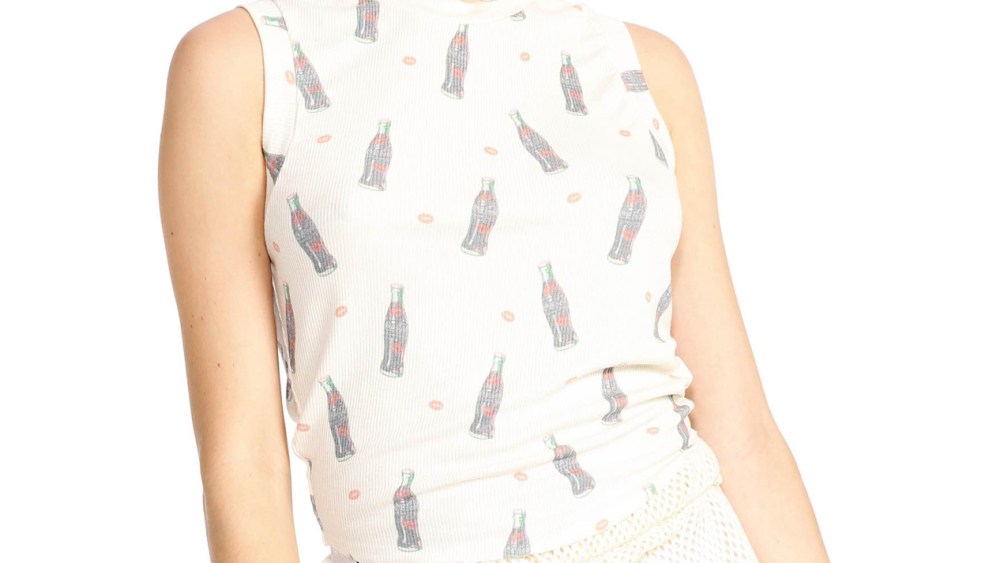 BOTTLED UP: Old and new merge for a capsule collection between Coca-Cola and Wildfox Couture.

The Los Angeles-based Seventies-inspired brand and Coca-Cola’s collection celebrates the 100th anniversary of the soft drink-maker’s glass bottle release. It’s the first time the two companies have worked together, although not the first time Wildfox has dabbled in deals with partners outside the immediate realm of the industry.

Past collaborations for Wildfox have included deals with Mattel for a Barbie Loves Wildfox collection along with a “Jem and the Holograms” capsule in which it teamed with Hasbro and Shopbop.

The 14-piece collection includes tanks, dresses, hoodies and jumpers with prices ranging from $58 for a tank to $128 for a terry pullover.

The line goes on sale Oct. 20 and will be sold in Wildfox stores and online. The company’s also seen orders from retailers such as American Rag, Bloomingdale’s, Dash, Revolve and Nordstrom.

It has been a busy year for Wildfox as chief executive officer Jimmy Sommers seeks growth of around 25 percent in sales to more than $120 million by year-end.

The company this year opened a second store in the Malibu Country Mart and in the summer opened a temporary outlet store at the Desert Hills Premium Outlets. Wildfox in June rolled out its first shop-in-shop concept at Nordstrom in the Westfield Topanga mall in Canoga Park, Calif. August saw the debut of the company’s first fragrance.