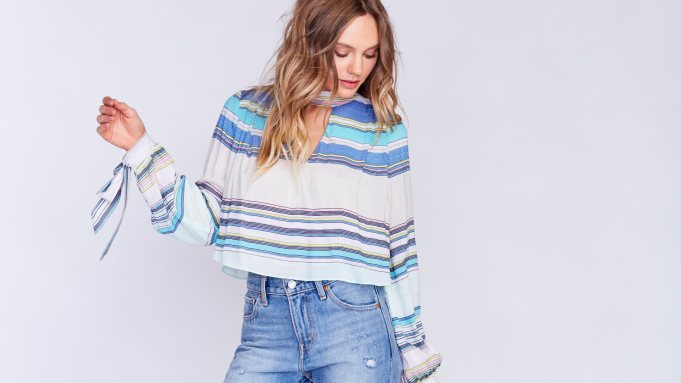 His Los Angeles label for spring debuts a small collection of breezy pieces that were conjured up with the help of six influencers in a partnership that’s a first for the brand.

“It’s just a different approach to something,” Sommers said from the trade show floor of the recently wrapped Project Women’s market in Las Vegas. “These are very talented people so [it was about] let’s see what Instagram turns into. Let’s have some of our own influencers put their shtick on things for Wildfox.”

The 19-piece collection retails from $118 to $198 and consists of jumpsuits with cutout detailing, striped dresses and off-the shoulder tops and joggers in a crisp palette of black, white and marine blue.

Sommers said it’s likely Wildfox would tap influencers to once again lend their design opinions for future seasons. The company’s been on a kick more recently to do what Sommers called “growing up with the customer” under the direction of creative director Andi Sharp. Spring 2017 follows an elevated fall collection that still included the graphic Ts that make up a part of the brand’s heritage, while also infusing cashmere and more form-fitting silhouettes. The latest work with the influencers is just another take on this new direction, Sommers pointed out.

“It’s something new and fresh and exciting,” he said. “We’ve been here now almost 10 years, starting with T-shirts.  Now we’re doing a bunch of different stuff. This is one of our new things.”